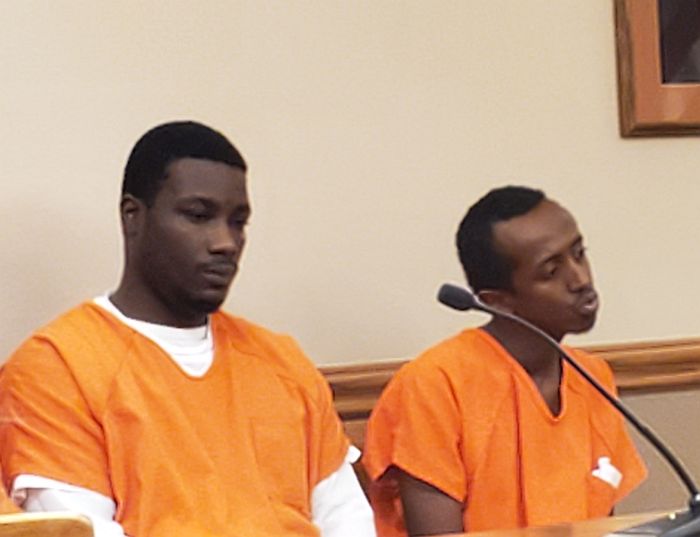 In seeking to continue the bond for Davis, Deputy Dawson County Attorney Garrett Goodwin suggested the $2 Million bond was reasonable “given the charges.” Goodwin also told Judge Wightman that he felt Davis was “a danger to the community” and described the crime as “brazen.” On bond for Mohamed, Goodwin told the court that he felt the $1 Million bond was reasonable “in light of the nature of this incident.” He added that Mohamed did not appear to have a criminal history.

According to police reports and information from Lexington Police Chief Tracy Wolf, at 8:41pm on Thursday November 7th, rescue and law enforcement were called to a home in the 800 Block of West Maple Street on a report of an individual with a gunshot wound. Davis and Ahmed Mohamed are alleged to have been armed with handguns while entering the front door of a home seeking Marijuana. The home was occupied by 22-year-old Marco Ochoa, 27-year-old Rodney Ochoa along with two females. A fight began between the four men resulted in Davis allegedly shooting Rodney Ochoa one time. Davis and Mohamed were then reportedly stabbed by Marco Ochoa with a kitchen knife. Both Davis and Mohamed fled the scene taking a cell phone from one of the females.

All three victims were transported to Lexington Regional Health Center for treatment. Davis and Mohamed were later arrested on Dawson County arrest warrants. Marco Ochoa was cited and released for Possession of Marijuana with intent to Distribute.