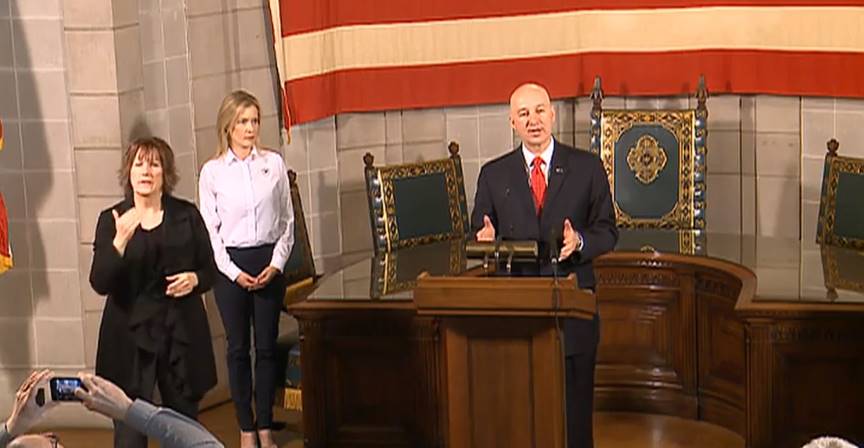 Governor Pete Ricketts hosted a press conference Wednesday afternoon update Nebraskans on the reliability and accessibility of the state’s food supply, as well as clarifying the State’s guidance on social gatherings.

He says that social distancing remains a priority, as more cases of COVID-19 continue to show up across Nebraska

There have been many inquiries on the new guidelines and its impact on Nebraska day cares.

Kathy Siefken, Executive Director of the Nebraska Grocers Association, joined Ricketts during the press conference on Wednesday. She shared the latest on the grocery industry in Nebraska.

Zoe Olson, Executive Director of the Nebraska Restaurant Association, says that restaurants are safe- and have very strict procedures when it comes to cleaning.

Ricketts concluded that with everybody following the CDC guidelines, Nebraskans can show their resilience during these uncertain times.