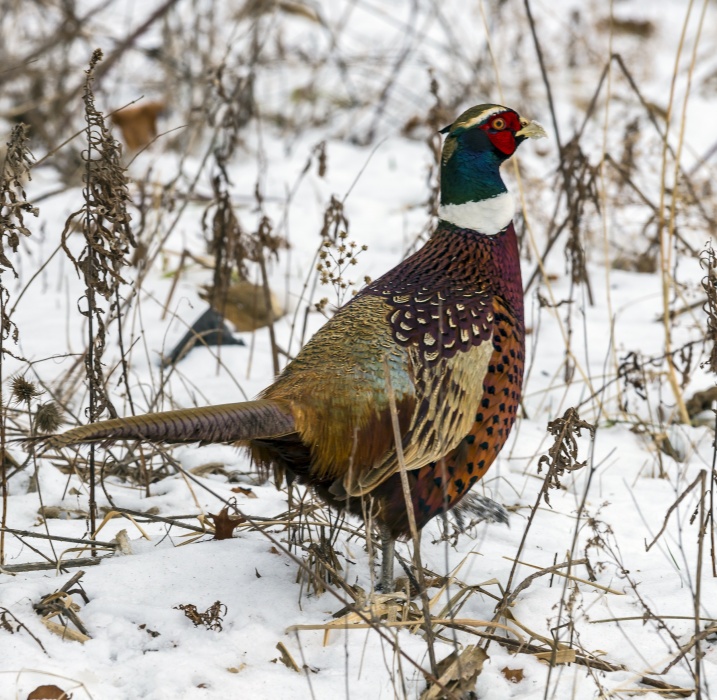 LINCOLN, Neb. – Hunters from around the country returned to rural Nebraska on the weekend of Oct. 26-27 for the pheasant and quail season opener.

Hunter activity was highest on opening day and most effort subsided by midday on both Saturday and Sunday. Across the state, hunters were greeted with pleasant conditions and temperatures in the 70s on opening day. That all changed Saturday night with the passage of a cold front, which brought low wind chills and some ice.

Based on field reports, hunter success for pheasants on the opener was highest in the Panhandle (0.73 birds/hunter). Hunters also found good pheasant numbers in the southwest and portions of the northeast where Conservation Reserve Program (CRP) fields were abundant.

Public lands were popular, including WMAs and private lands enrolled in the Commission’s Open Fields and Waters (OFW) Program. Overall, hunter activity on the opening weekend was slightly lower compared to previous years but harvest success on wild pheasants (0.56 birds/hunter) was higher compared to 2018 (0.40 birds/hunter).

Across the state, hunters observed fewer quail compared to previous years but relatively few hunters were targeting bobwhites. According to recent surveys, Nebraska’s bobwhite population was impacted negatively by severe winter weather this past spring. Although this year’s production may have offset some of these apparent losses, hunters should expect to find lower densities compared to past years.

Upland hunting opportunities should continue to improve as the season progresses, according to John Laux, the Commission’s upland game program manager.

“Early season hunting can be challenging; birds are typically spread out due to the abundance of cover, and warmer daytime temperatures limit hunter effort,” Laux said. “As corn harvest progresses and temperatures cool, birds will be more concentrated and accessible to hunters.”

The following is a report of hunting activity by Commission district:

Southwest – Calm winds provided good hunting conditions on opening morning, but hunter activity declined by midday as temperatures reached the high 70s. Temperatures hovered just above freezing on Sunday. Field reports indicated that corn harvest was between 10-40 percent complete but this was highly variable. Officers observed fewer hunters than expected in most areas. Hunter success on pheasants was highly variable among parties and was generally highest in Hayes, Perkins, Hitchcock, Chase and Furnas counties. A number of parties bagged quail in the southeastern portion of the district but hunters observed fewer coveys compared to recent years.

Northeast – Public lands in Antelope, Cedar, Dixon and Knox counties were popular and hunters reported seeing relatively good numbers of birds where CRP was abundant. Hunting elsewhere in the district and on private lands was relatively lower. Cooler temperatures and light winds provided good hunting conditions on the opener but hunter activity tapered off by noon each day as the weather deteriorated. Field reports suggest soybean and corn harvest were approximately 80-90 percent and 10-20 percent complete, respectively.