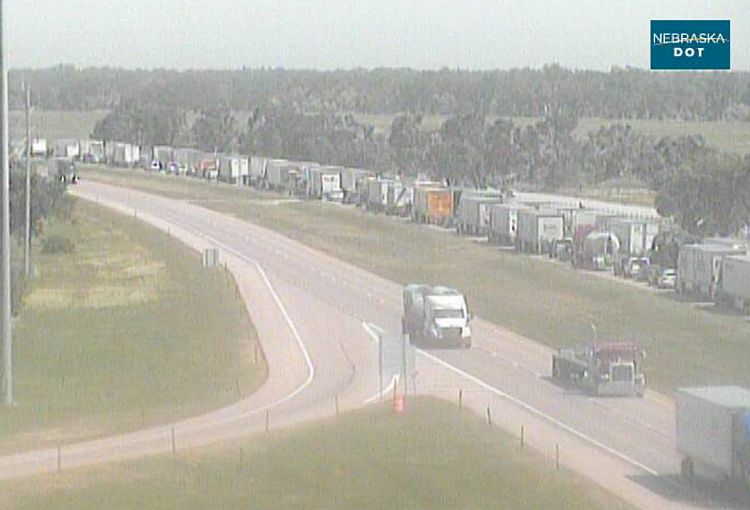 UPDATE: Shortly after 5:00 p.m., the eastbound passing lane was opened.

Law enforcement closed down the eastbound lanes of Interstate 80 at the Cozad interchange around 3:30pm this afternoon.  It stems from an incident about a mile east of the Cozad interchange at mile marker 223.  Eastbound traffic is being diverted off Interstate 80 and is being directed to Highway 30.   Westbound traffic remains open through the area.

Nebraska State Patrol, Dawson County Sheriff’s Office, Cozad Police Department and Cozad Fire and Rescue had responded to the scene.  No further information on the nature of the incident was immediately available.