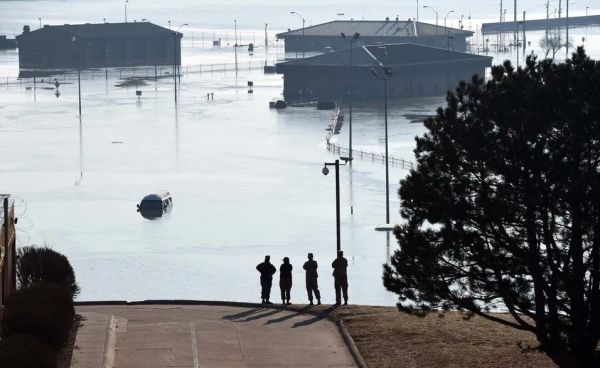 OFFUTT AIR FORCE BASE, Neb. (AP) – A retired colonel and an army of airmen have saved irreplaceable artifacts from floodwater that covered much of an Air Force base south of Omaha.

Mike Hoskins told the Omaha World-Herald that the historical treasures of the 55th Wing were locked inside the wing historian’s office and other offices at Offutt Air Force Base as the Missouri River water rose March 16. Base firefighters joined the effort by breaking down the necessary doors.

First among the rescued items were two on loan from the Air Force museum in Dayton, Ohio: a giant aerial reconnaissance camera from the 1940s and a propeller from a World War II-vintage P-51 Mustang fighter.

Other items included copies of letters written during World War I by Lt. Jarvis Offutt, the base’s Omaha-born namesake.

Several communities to see changes to sales and use tax rates