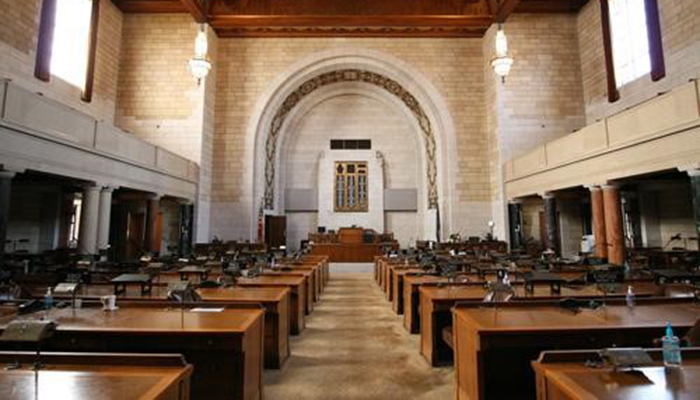 LINCOLN–Tax relief has been a hot-button issue in the Nebraska Legislature during this legislative session, and it was no different last week. Bills regarding that, school security and more were debated in the Unicameral last week. Here are some of the Legislature’s developments from the week.

If Peru Sen. Julie Slama’s LB 399 passes, it would be the first major revision to Nebraska’s civics education standards since 1949. The bill would require eighth grade and 11th-grade students to complete a 100-question civics exam on American history, geography, government and economics. It would also require school boards to appoint three members to a committee on American civics that would oversee the approval of social studies textbooks relating to American history and government. Lawmakers voted 42-3 to send the bill to select file.

A bill introduced by Sen. Patty Pansing Brooks of Lincoln would create a new government position to help unemployed veterans find jobs. In her testimony in front of the Government, Military and Veterans Affairs Committee on Feb. 27, Pansing Brooks said the bill, LB 626, would give veterans support that could keep them from looking for employment in other states. No one testified in opposition of the bill, and the committee took no immediate action.

In a legislative session brimming with bills regarding property tax relief, Sen. Lou Ann Linehan’s LR8CA would limit property tax revenue in a city, county or school district to no more than 3 percent greater than the amount raised in the year before. Linehan, of Elkhorn, brought the resolution before the Revenue Committee on Feb. 27, saying its intent would be to reduce spending by local governments. The Legislature may decide to allocate more funding to public schools, and Linehan said the resolution would take some of the burden off of taxpayers. Gov. Pete Ricketts also testified in support of the resolution, and the committee took no immediate action.

Farmers might be in for a break if LB 303, which was heard by the Revenue Committee on Feb. 27, were to be approved. Introduced by Sen. Brett Lindstrom of Omaha, the bill would require in statute that the Legislature direct $275 million annually to the Nebraska property tax credit program. The purpose of the bill is to create tax relief without having to shift taxes from other revenue sources, Lindstrom said. But the fixed yearly allocation would provide farmers assurance that they would likely receive a helpful property tax credit. Ricketts testified in support of the bill but said the bill would not be a permanent method of property tax relief. The committee took no immediate action on the bill.

On Feb. 28, the Judiciary Committee heard from Sen. Steve Halloran of Hastings, who presented LB 343 — a bill that would allow Nebraska teachers and school faculty to carry concealed handguns in the classroom. Halloran said the bill wouldn’t require teachers to carry guns, but it would provide another option for schools considering different safety measures. The committee took no immediate action on the bill.