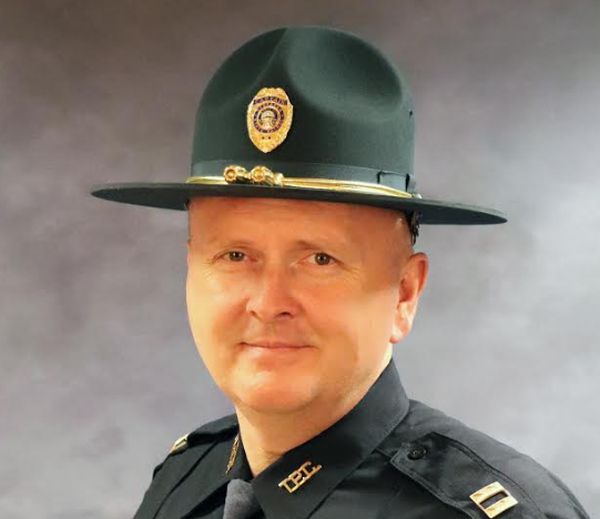 Courtesy/Lieutenant Russell Lewis promoted to the position of Captain in Command of the NSP Patrol Division in Troop C – Grand Island.

Grand Island, Neb.  — The Nebraska State Patrol (NSP) announces the promotion of Lieutenant Russell Lewis to the position of Captain in Command of the NSP Patrol Division in Troop C – Grand Island. Lewis has most recently been assigned to Internal Affairs, stationed in Lincoln.

“Captain Lewis is a tremendous asset to our agency,” said Colonel John Bolduc, Superintendent of the Nebraska State Patrol. “His positions in both Internal Affairs and the Police Service Dog Division have demonstrated his ability to lead and will prove valuable in this new role.”

Lewis, 47, began his career with NSP in 1998 stationed in Fremont with NSP Carrier Enforcement. He has since served in the Patrol Division in Omaha, the Police Service Dog Division in Sidney and Grand Island, and eventually Internal Affairs in Lincoln.

“I’m excited to return to Grand Island and work with the dedicated troopers of Troop C,” said Captain Lewis. “Central Nebraska has tremendous communities and our troopers will continue to serve the people of central Nebraska with professionalism and diligence.”

Troop C is comprised of 16 counties in south-central Nebraska and is headquartered in Grand Island.