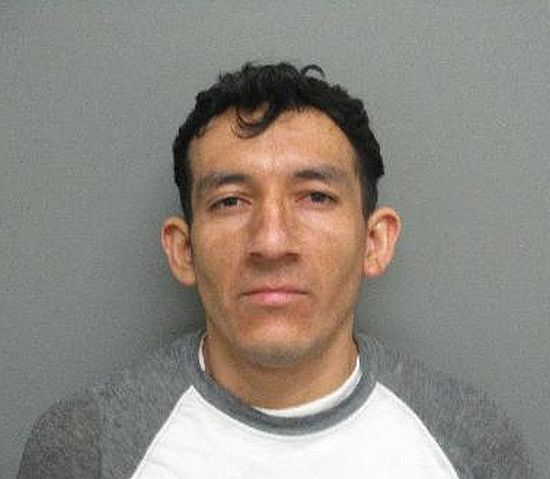 A Lexington man was sentenced to prison Thursday morning in two separate cases of child sexual assault investigations conducted by Lexington Police Department and Dawson County Sheriff’s office. Twenty-seven-year-old Elbin Perez-Manchame was originally charged with 1st Degree Sexual Assault of a Child in each case. He later pled no contest and was found guilty of Attempted 1st Degree Sexual Assault in each case.

The victims were girls under the age of 16. One case occurred in August 2018, the other in October 2018. In one case, Perez-Manchame was sentenced to 10 to 12 years of imprisonment. In the other case, he was sentenced to 14 to 16 years in prison. He was given credit for 322 days already served in the Dawson County Jail and must register as a sex offender for 25 years.

Dawson County Chief Deputy Attorney Kurt McBride asked Dawson County District Judge Jim Doyle to order a “substantial sentence of incarceration” in both case. McBride said Perez-Manchame took advantage of the two victims by trying to give them money. He argued that both victims were not in a position to “make the appropriate decisions because of their ages”.

Dawson County Deputy Public Defender Corey Burns said Perez-Manchame has no prior criminal history and cited several factors in the pre-sentence report that he would not be likely to re-offend and that a long incarceration would not be necessary to rehabilitate him. He asked Judge Doyle to consider a short term of incarceration and that both sentences be served concurrently.

Judge Doyle told Perez-Manchame that said he took into consideration “that you preyed upon these individuals”, manipulation of their young age and use of money and alcohol to entice them.

Perez-Manchame is also being held on a detainer by federal immigration authorities.