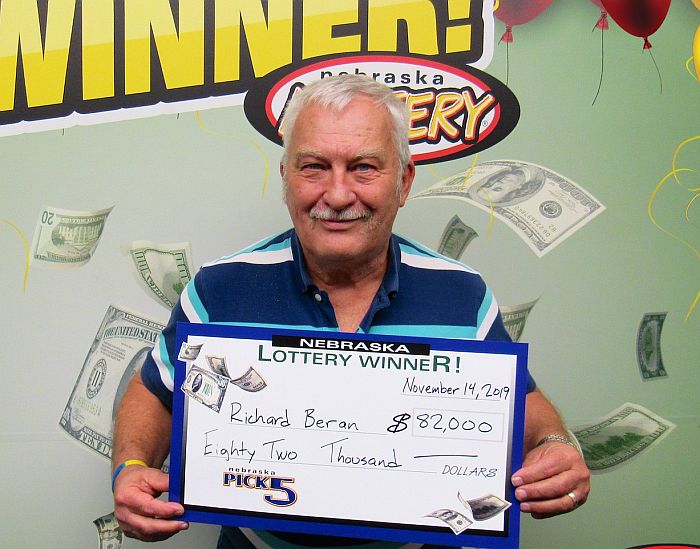 Beran bought his winning ticket where he always does, at Casey’s General Store at 609 Plum Creek Parkway in Lexington. The ticket contained one play with the winning numbers 03, 28, 31, 35 and 38 from the October 25 drawing for the $82,000 jackpot.

While claiming hs prize at Nebraska Lottery headquarters, Beran told Lottery officials he had some trouble telling his wife about the win.

After trying unsuccessfully to call her, he stopped by his wife’s office and left a note on her car telling her he’d won. After she found it, she called him back, sure he was playing a trick on her. Even after assuring her it was a real winning ticket, he still had some trouble believing it himself.

“I was completely flabbergasted,” he said.

Beran said he’ll be spending some of his money on Christmas presents and a vehicle. He’s still not sure what he’ll be driving, as he wants a new Mustang, but his wife thinks a new Jeep would be more practical.