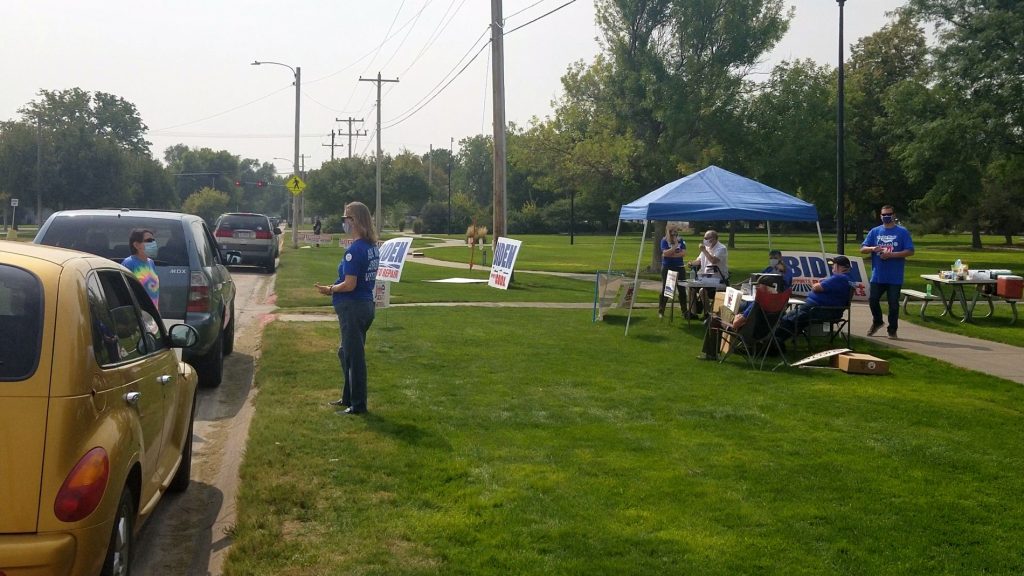 Democratic Party members say they were pleased with the turnout of area residents as they passed out Biden-Harris yard signs and related material in Scottsbluff over the weekend.

State Party Chair Jane Kleeb joined the Scotts Bluff Democrats for the event, and said more than 100 signs had been given out in their first few hours in Frank Park just west of Scottsbluff High School Saturday morning.

Kleeb told KNEB News it was exciting to see enthusiasm on the rise in the area. “As the Democratic Party statewide, we know we have an uphill climb,” said Kleeb, “but there’s lots of blue dots all over the state. And some of those are in Scotts Bluff County and they’re some of the most enthusiastic folks we have statewide.”

Kleeb said she felt independents in the Panhandle were also swinging toward the party, so they feel good for their prospects, not only for the First and Second District (Congressional) votes, but also increasing turnout in the Panhandle.

While Democratic Senate nominee Chris Janicek was campaigning in the area during the weekend and was nearby in the park, Kleeb said the party was going to do all it could to support Preston Love as a write-in candidate.

Following a controversy involving Janicek over improper text messages, the state party withdrew their support of his candidacy and asked him to step aside, but he refused.