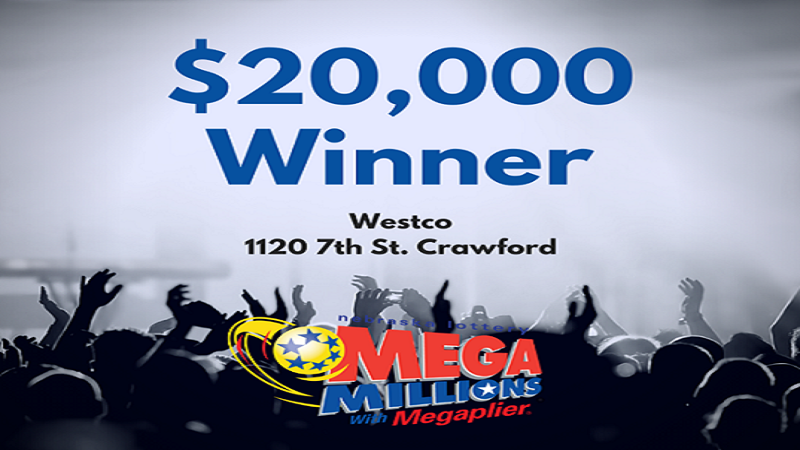 The Nebraska Lottery says someone who purchased a lottery ticket in Crawford has an early Christmas present in their vehicle, wallet or purse.

In a post to social media, officials say a Mega Millions ticket purchased at the Westco on 7th Street in Crawford hit four of the five white balls, and the Mega ball from Tuesday night’s drawing, making it worth $20,000.