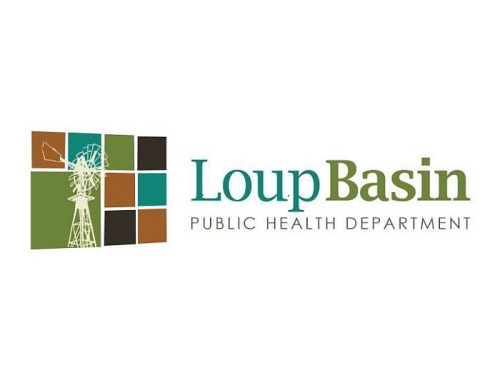 This increase is the largest single week jump in LBPHD’s district. Single digit (less than 10 cases) increases occurred within the district from May 22 nd through July 31 st . An average of 16 new
cases a week were reported each week in August and 23 cases per week in September. The first two weeks of October have had surges of 48 and 75 cases.

Through contact tracing interviews, 52% of the cases in October have been unable to identify the source of their exposure. Many of those individuals have reported attending large gatherings such as weddings, church, birthday parties, sporting events, etc.

The breakdown by county below shows the number of positive tests since the start of the pandemic, the number of those considered to be recovered and the number of deaths attributed to COVID-19. 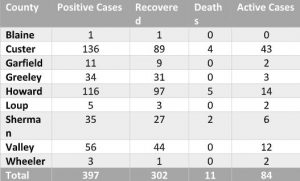 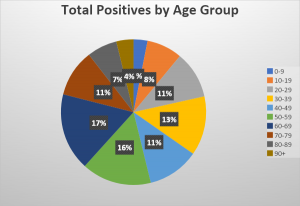