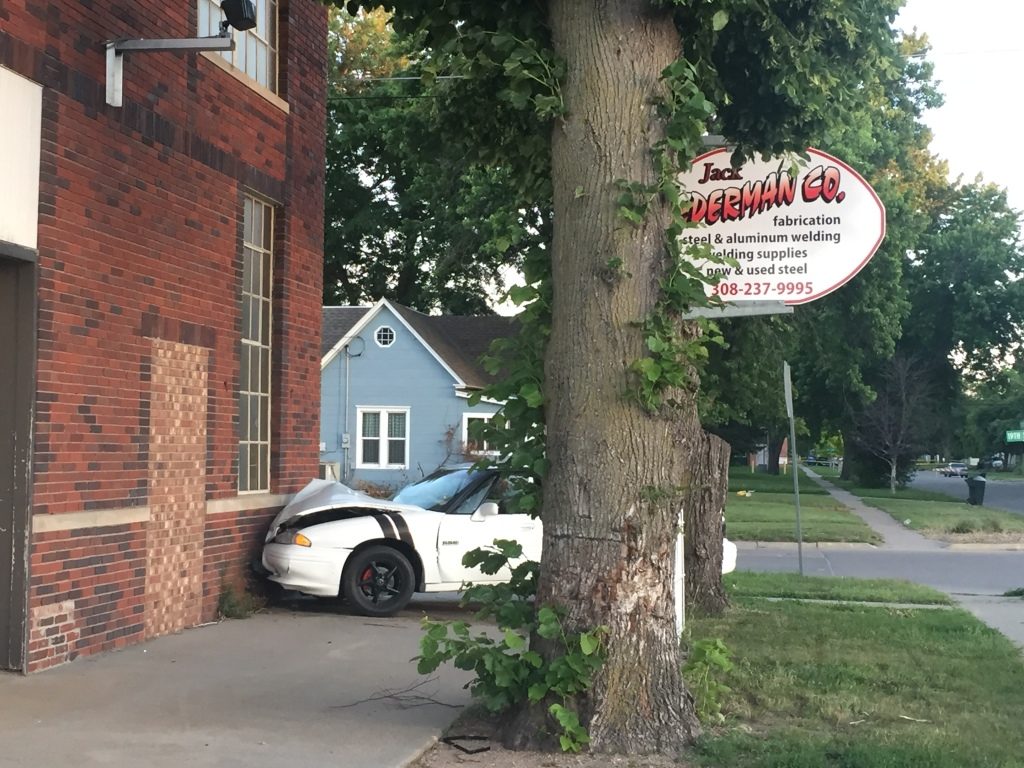 RRN/Aftermath of car involved in pursuit with the Kearney Police Department. The car came to rest in Jack Lederman & Co Inc. at the intersection of 19 Street and 5th Avenue.

KEARNEY, Neb. – A man shot by a Kearney police officer during a 2016 traffic stop will receive a $300,000 settlement from the city.

On June 5, 2016, Officer Derek Payton attempted to stop the vehicle Klich was driving and shot at Klich three times, hitting him once in the stomach as he tried to flee. Payton was later charged with felony assault, with prosecutors saying Payton was not in the path of the car when Klich began to drive off. A jury acquitted Payton in 2017.

Klich pleaded no contest to obstructing a police officer and driving under suspension in the case and was given a year of probation.