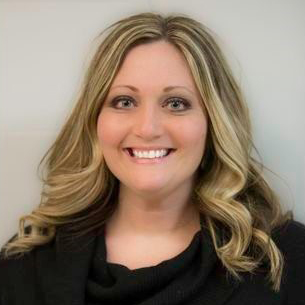 MENTOR Nebraska’s Board of Directors announced this week that
Melissa Mayo has been appointed the new Executive Director of the nonprofit devoted to strengthening and advocating for youth mentoring in Nebraska.

“While Melissa has served as MENTOR Nebraska’s Interim Executive Director over the last three months, our organization and community have also had an opportunity to see her dedication, vision, and leadership in action over the past 20 years,” said MENTOR Nebraska’s Board President, Chris Rodgers. “Melissa and the MENTOR Nebraska team have demonstrated innovation and collaboration through the pandemic and are positioned to continue
our statewide expansion to support the mentoring movement. All of us at MENTOR Nebraska are thrilled to have Melissa lead us in this exciting stage of growth.”

Mayo previously served as the Senior Programming Director at MENTOR Nebraska, where she led expansion efforts of Success Mentors and STRIVE refugee mentoring in several Nebraska
school districts while supporting evaluation and operations functions for the organization. She has spent her career dedicated to youth through leadership roles at the United Way of the Midlands, Latino Center of the Midlands, Partnership 4 Kids, and Heartland Family Service.

“It is an honor to serve in this role and be a part of the next chapter of MENTOR Nebraska,” said Mayo. “Mentoring is such a powerful tool in building connections and giving youth a voice — we need this more now than ever. The MENTOR Nebraska team and I look forward to strengthening our collaborative efforts with mentoring partners, community leaders, and business allies to strengthen the mentoring movement across Nebraska.”

“Melissa Mayo and the MENTOR Nebraska team embody core values of servant leadership, inclusion, and equity. They work across sectors to deliver on those values for young people every day and serve as an exemplar within our national network of field builders and movement leaders,” said David Shapiro, CEO of MENTOR National. “We are thrilled to have Melissa’s two decades of commitment, partnership, and expertise to serve as a backbone to advance the youth mentoring movement in Nebraska at a time when prioritizing and delivering on relationships for young people is as critical as ever.”

Mayo’s hiring comes with the retirement of her successor, Deborah Neary, who led the organization for more than 10 years.