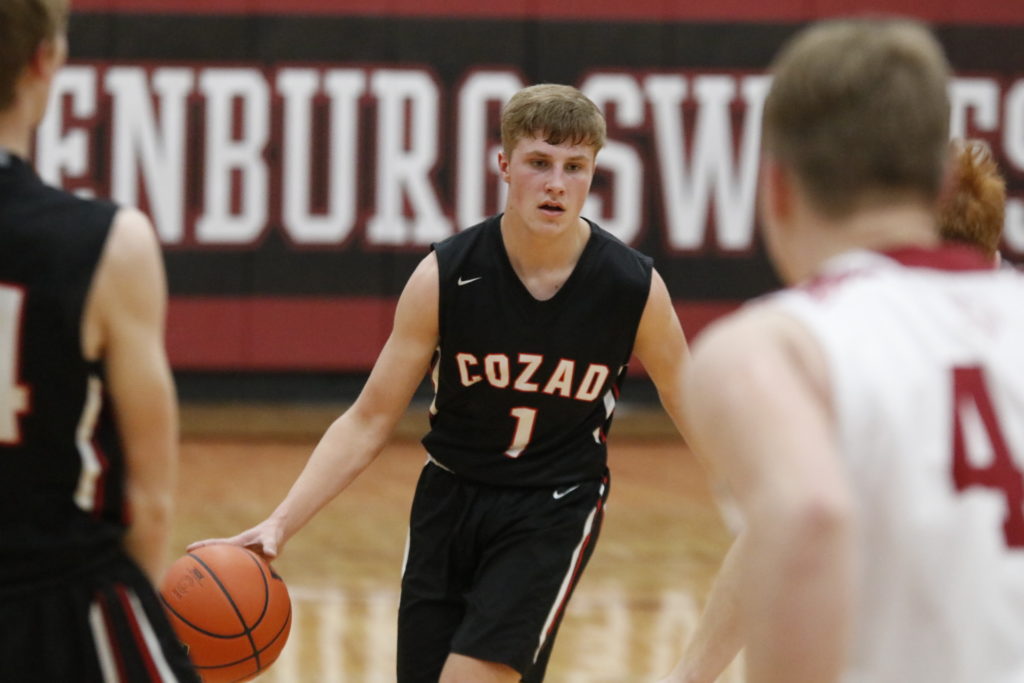 The Minden Whippets found a way to win after fighting off a comeback from the Cozad Haymakers on Friday night, escaping with a 58-55 victory. Click here for the podcast.

Cozad started slow, trailing early 13-5 at the end of the first quarter before exploding offensively for 23 points in the second as Jacob Weatherly and Jacob Engel added 14 points combined in the quarter.

Minden consistently scored throughout the contest, adding 13, 18, 16, and 11 points in each quarter respectively. Tied at 28 heading into the final seconds of the first half, Minden’s Ethan Riley found room on the corner for a three pointer to beat the buzzer and give the Whippets a 31-28 advantage into halftime.

After trading buckets to start the second half, Minden elected to slow down the game and rotate defenders, never wavering from their man-to-man philosophy. The strategy worked, as Cozad struggled to find an offensive rhythm only adding 11 points in the quarter.

Trailing 47-39, Cozad looked for an offensive spark and they found it in Weatherly, who contributed 9 of the 16 points in the final stanza. Minden began to stall, as the Whippets looked for other options on offense but ran into their own troubles with fouls.

A technical foul assessed after an offensive charge gave Cozad the opportunity to lead the game after an added possesion, but the Haymakers and Whippets remained deadlocked at 55 for two minutes of the final moments of regulation.

Minden had a final opportunity to finish the game in regulation, and Ethan Riley delivered a shocking, deep corner three pointer, his only points of the quarter, to end the game and allow the Whippets to escape ‘The Barn’ with a road win.

Cozad had contributions from Weatherly (26 points), Nolan Wetovick (9), Jacob Engel (8), freshman Tag Sassali and Nathan Engel (6), Paul Cole (3), and Jacob Gengenbach (1). The Haymakers fall to 5-13 and will wait to face off against North Platte at home on Tuesday.