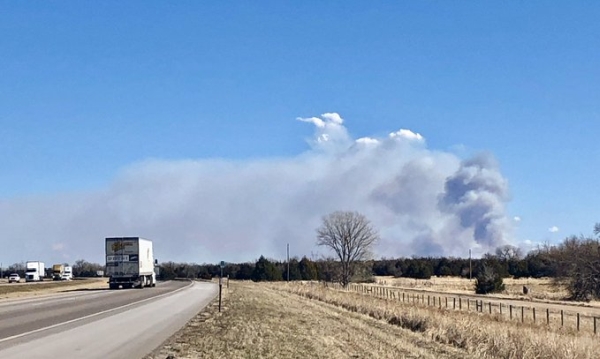 “It’s really rugged terrain and the area that was burning was part of the area that burned in 2002…part of it hadn’t burned during that big fire…so we had a lot of heavy cedar growth…and we called in two planes which actually helped us out a lot because it was in such a rugged area that we couldn’t even get trucks to part of the fire.”

Gruber says the fire started as a result of someone “doing some black lines prepping for a prescribed burn.”

Airplanes, one from Broken Bow and one from Kearney,  were also brought to the scene to provide valuable assistance. North Platte Airport also assisted, allowing the airplanes to land.

Gruber says the last units left the fire scene about 11 p.m. Gruber says the fire is out, but his department planned to go around the perimeter of the burned area Wednesday morning to make sure everything is contained.

Gruber says the fire was very challenging because of rugged terrain and the dry conditions.