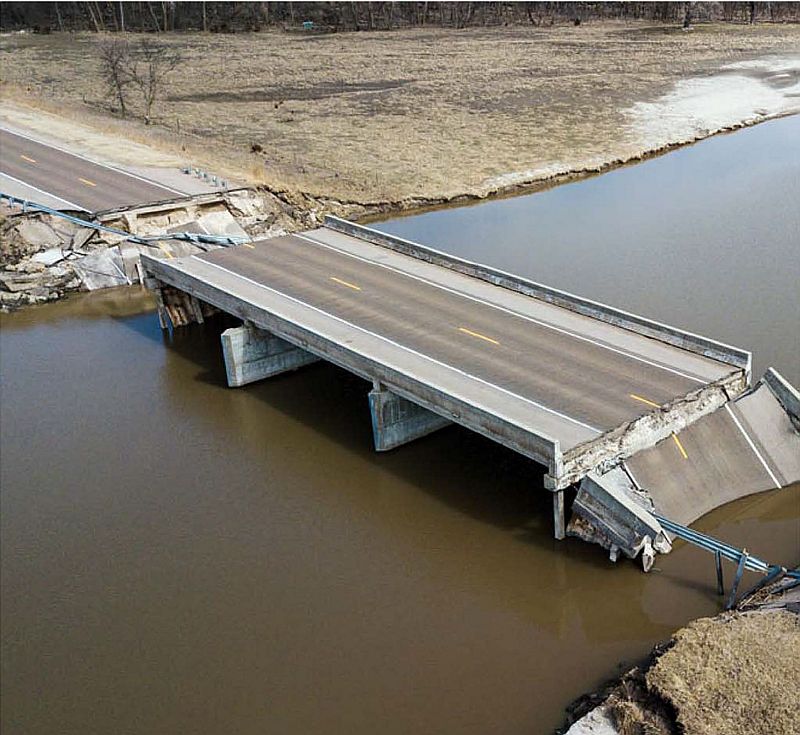 July 19, 2019 (Grand Island, Neb.) — Today, the Nebraska Department of Transportation (NDOT) announced N‑39 south of Genoa between US-30 and Genoa has reopened 13 days ahead of schedule.  The roadway was damaged during the March 2019 flooding, including washout of a large section of the highway north of the Loup River and significant damage to the overflow bridge south of the Loup River on N-39.

Motorists will be directed to a single lane, traffic signal controlled “shoofly,” or temporary road, around the overflow bridge being replaced at MP 17.92.  Traffic will be maintained on the shoofly, with 12-foot-wide and100-foot-long restrictions until the overflow bridge is completed, currently scheduled for mid-November.

Motorists are reminded to use caution when driving through the construction zone and to wear seatbelts.

The NDOT partnered with contractors and subcontractors to reopen the roadway and restore mobility.

Paulsen, Inc., of Cozad, Nebraska and their subcontractor Van Kirk Brothers of Sutton, Nebraska, were awarded the emergency contract to replace the washed out portion of N-39 north of the Loup River.
Simon Construction Company of North Platte, Nebraska, received the $2,961,400 emergency contract to construct the temporary shoofly and replace the overflow bridge.  Subcontractors include: Van Kirk Brothers of Sutton, Nebraska; Gehring Construction of Columbus, Nebraska; and Contractor Services from North Platte, Nebraska.

The NDOT thanks all involved for their partnership, effort, and dedication on completing repairs in an expedited time period.

To view updates on progress of repairs to State highways and bridges visit: