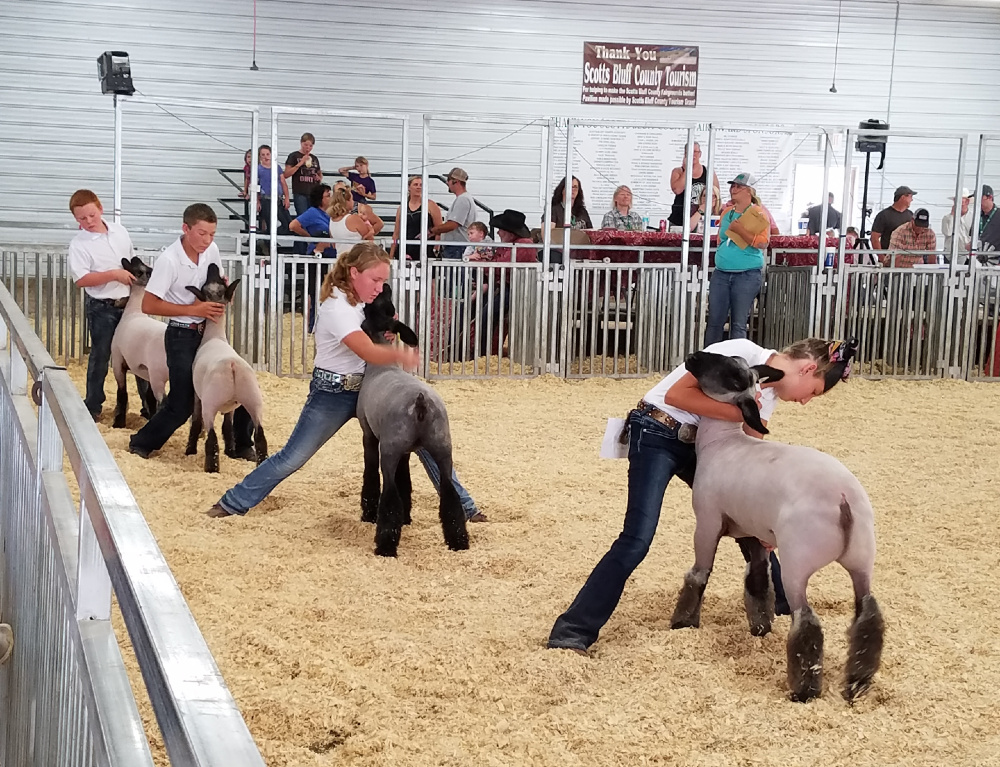 A lamb show at the Scotts Bluff County Fair in Mitchell, Neb. KNEB/RRN/Guzman

County fairs are some of the most anticipated events in rural communities. When Covid-19 hit, though, events from concerts to graduations were canceled, and as the pandemic continued the question became what would happen to county fairs.

On May 21, in his daily Covid -19 update, Nebraska Governor Pete Ricketts announced a Directed Health Measure (DHM), to take effect on June 1. The measure leaves the decision to move forward or not, with a county fair or livestock event, at the local level.

“We’re planning and forging forward, not that we’re not very conscientious that we might have to make changes or adjustments,” said Lanna Hubbard, Scotts Bluff County fair manager.

The Nebraska Extension, which supports 4-H programs across Nebraska, is also moving forward with plans.

4-H and FFA youth have been getting ready for fair, as livestock is usually purchased in the fall or early spring.

“4-H will be a part of the kid’s projects,” Hubbard said. “We’re going to do the best we can, and the kids are going to be able to show their projects.”

She added, depending on how the summer continues to evolve, will mandate how the final fair will look.

The DHM also gave guidance on gatherings at fairgrounds and activities commonly hosted as part of county fairs, such as concerts, tractor pulls, and evening events.

The Scotts Bluff County Ag Society will be working on the events, as there is no definite word on what the numbers for mass gatherings will entail by the end of July.

“We’re planning right now, we have tractor pulls, monster trucks scheduled and the Rubber Check Race on Aug. 1, the last night,” she said. “There will probably be some adjusting, but we’re game on and ready to do what we can.”

Hubbard also sits on the Nebraska State Fair board, and she said they are also moving forward with plans.

“It may not be as traditional as we’ve held in the past,” she said. “But safety is a priority to everyone.”

The Nebraska Department of Agriculture (NDA), in cooperation with representatives of the Nebraska Association of Fair Managers, the Nebraska State Fair, Nebraska Extension, Nebraska FFA and several local health departments created guidance documents for county fair officials and livestock show managers to utilize as they work to determine what their event may look like in 2020.

The documents are available at www.nda.nebraska.gov/COVID19.