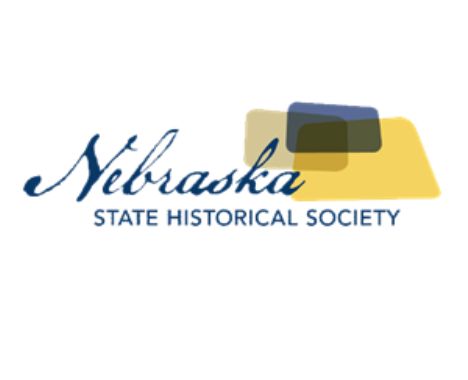 LINCOLN, Nebr. (July 1, 2020) – Since September 25, 1942 the Nebraska State Historical Society Foundation has financially supported the state agency History Nebraska (HN), which recently announced the formation of a new foundation to be known as the History Nebraska Foundation.

NSHSF remains a private 501(C) 3 foundation, fully independent from History Nebraska, a tax-funded state agency.   NSHSF will have no legal or formal ties to the new History Nebraska Foundation.

“We want to clarify a portion of HN’s statement that has caused confusion,” said Executive Director, Leslie Fattig.  “Since 1942, our articles of incorporation have allowed the NSHSF board of directors to allocate a minority percentage of our resources toward worthy Nebraska history projects that may not be to the direct benefit of the state agency now known as History Nebraska.  This long-standing policy provides the flexibility we need to best serve the interests and passions of an individual or a group with a worthy idea that may not fit into what a state agency can, or would even prefer to undertake.  We believe this has proven over the years to be a wise policy.  And in a very real sense, it recognized that the best ideas do not always come from the government, or from foundations for that matter,” Fattig said.

NSHSF’s mission remains the same, as does the board of directors, executive director, and staff.  With the announcement of the additional foundation, NSHSF will honor all existing and future gift agreements according to the intent and wishes of donors.

NSHSF will continue to devote the majority of expendable resources toward projects benefiting the work of the state agency known as History Nebraska.

The Foundation has raised $1.8 million in private funds to expand and improve History Nebraska’s Ethel S. & Christopher J. Abbott Visitor Center at Chimney Rock.  In 2016, NSHSF launched the Nebraska Marker Project and raised more than $110,000 to repair and replace some of the 500 historical markers spread out across the state, worn down by weather or damaged by vehicles and vandals. And since 1995 NSHSF has supported the taping of History Nebraska’s popular Brown Bag History Lecture Series held monthly in the Oldfather Family Auditorium.

In addition to those stated, in fiscal year 2019/2020 the Foundation supported the paintings conservator and conservation assistants salaries at the Gerald R. Ford Conservation Center, HN’s portion of the publication cost of “The Black Experience Through the Lens of Rudy Smith”,  conservation treatment for paintings displayed at the Nebraska History Museum (NHM), the porch skirting at Ft. Robinson, HN’s “Votes for Women” publication and exhibit opening, preventative maintenance and service for the HVAC system at the Ford Conservation Center, printed materials for the archaeology exhibit at the NHM, professional development for staff with Entrepreneurial Advisors and more totaling over $1,620,000. In fiscal year 2018/2019 total grants and transfers to History Nebraska totaled $1,344,165.

As Board of Directors President Jim Hewitt said, “The Foundation has benefited greatly from the generosity of Nebraskans, who truly believe the past is prologue. It has been able to support both statewide and local projects that show modern day observers who we are, and from where we came, and where it is possible for us to go.”

Soon to be entering our 80th year, NSHSF looks forward to continuing work to protect and pass on the history of this great state to future generations.

About the Nebraska State Historical Society Foundation
The Nebraska State Historical Society Foundation raises money in support of the cause of history, including projects of History Nebraska. The Foundation solicits funds and support from individuals and organizations across the state and beyond, who value Nebraska’s unique heritage and wish to play a personal role in ensuring that Nebraska’s history will be accessible to future generations.