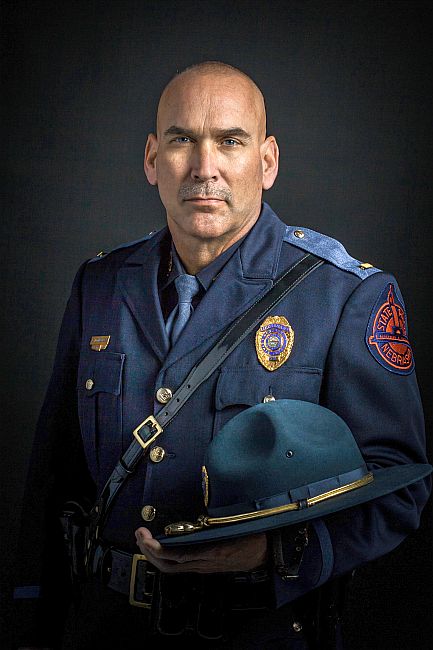 MARCH 28, 2020 (OMAHA, NEB.)  — The Nebraska State Patrol is mourning the passing of Lt. Craig Loveless, who has served Nebraska for the last 33 years. Lt. Loveless, 54, of Omaha, passed away Friday, March 27, after a lengthy battle with cancer.

“Craig was universally admired throughout our State Patrol family,” said Colonel John Bolduc, Superintendent of the Nebraska State Patrol. “His bravery on our SWAT Teams, his expertise in training new troopers, and his leadership in the field have left a lasting impact on the State Patrol and all who worked alongside Craig.”

Lt. Loveless #172 joined NSP in 1987 and started his career in the Patrol Division, stationed in Omaha. In 1994, he transferred to Investigative Services and spent several years representing NSP on the Metro Area Fugitive Task Force. In 2005, Loveless was promoted to Sergeant at the NSP Training Academy in Grand Island, where he served for nine years.

While Loveless was instructing at the Training Academy, roughly 25 percent of all current NSP Troopers went through basic recruit camp. He also served in SWAT for 20 years and was the Special Operations Coordinator during his time in Grand Island. In 2014, Loveless was promoted to Lieutenant for the Patrol Division in Omaha, where he served for the rest of his career.

“We’re all better for having worked with Craig. Without question, he’s made Nebraska a safer place through his service and the lasting effect he has had on our agency,” said Colonel Bolduc. “Our hearts are with Craig’s fiancé and his children during this difficult time.”