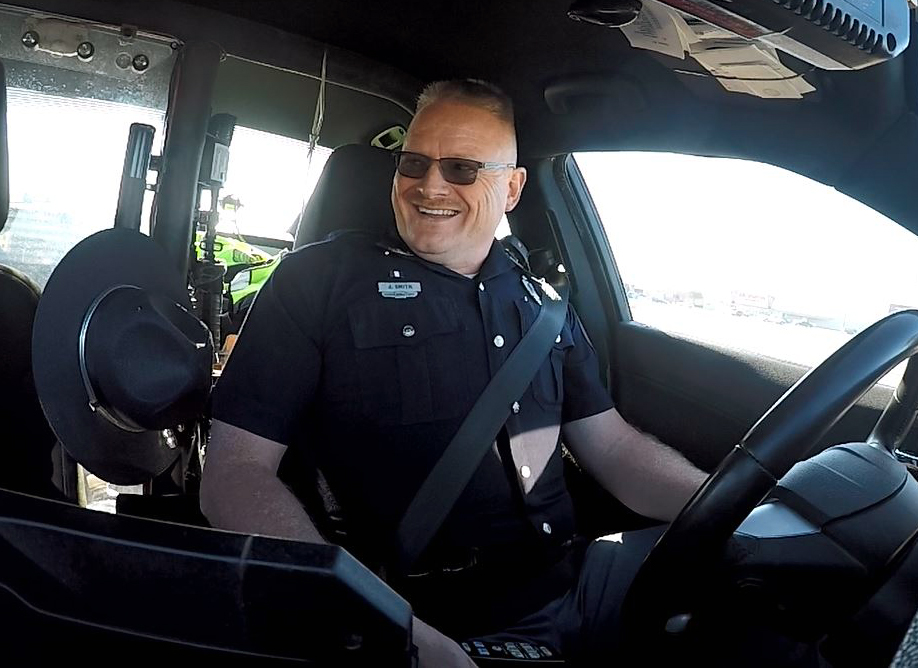 At approximately 7:45 a.m. MDT on Thursday, June 20, Trooper Smith was on duty and traveling on Highway 26, in Morrill County, when another vehicle crossed the center line and struck his patrol unit head-on. Trooper Smith was pronounced deceased at the scene. The driver of the other vehicle was ejected and was also pronounced deceased at the scene. The driver of a third vehicle that was involved in the crash was not seriously injured. The crash remains under investigation by the Morrill County Sheriff’s Office with assistance from the Scotts Bluff County Sheriff’s Office.

Trooper Smith, 51, of Scottsbluff, joined the Nebraska State Patrol in 2014, graduating with the 56th Basic Recruit Class on May 1, 2015. Graduating at the age of 47, he is believed to be the oldest recruit to ever complete NSP’s Basic Recruit Camp. He was stationed in Scottsbluff as part of Troop E for his entire NSP career.

Prior to joining NSP, Trooper Smith led a decorated career in the United States Army, serving our country from 1986 to 2011. Trooper Smith earned numerous honors during his military career, including a bronze star for his service in two tours of combat in Operation Iraqi Freedom.

“Trooper Smith was doing what he did every day, diligently patrolling Nebraska’s roadways,” said Colonel Bolduc. “This is a sad reminder of the dangers our law enforcement professionals face daily. Our prayers are with Trooper Smith’s family.”

Trooper Smith is survived by his wife and two adult children. All of NSP mourns the loss of Trooper Smith and asks that the public respect the privacy of his family during this difficult time.