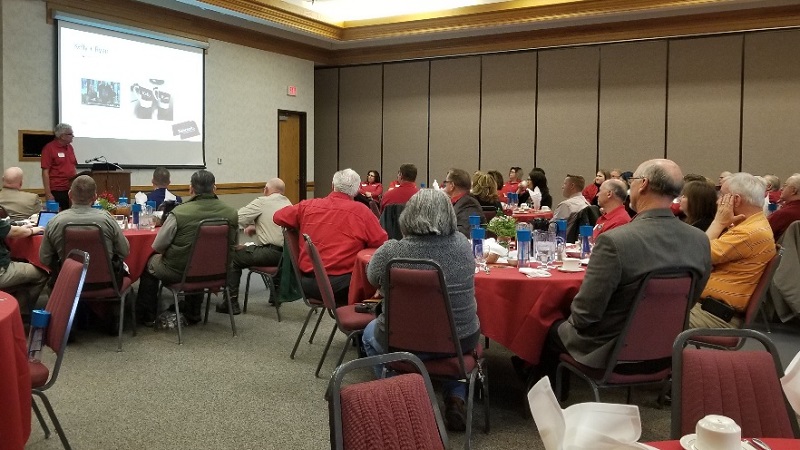 Nebraska Tourism Director John Ricks says the current tourism slogan “Nebraska… Honestly, it’s not for Everyone” was meant to counter the widely-held notion that the state is flat and boring, with nothing to offer tourists.

Ricks was the featured speaker at Wednesday’s Tourism Appreciation Luncheon at the Gering Civic Center, telling those in the audience a lot of thought, research and a little science went into the development of the new campaign advertisements. “The campaign need(ed) to be what we call ‘pattern interruptive’ or ‘innovatively disruptive’,” says Ricks. “And back then, we even said, ‘It may feel risky and edgy, but a successful campaign will fall outside the comfort zone of some people in the industry’. And it has, and it’s okay”.

Ricks says the advertisements are aimed at intellectually curious people outside the state who “see value in slowing down, they appreciate nuance. I call them the people who will take the time to ‘peel back the onion’, to really see and experience detail and nuance. We know who these people are now.”

According to state tourism statistics, website visits from the campaign launch last October to present are up 38% compared to the same time the previous year, and interest has been high from places such as Colorado and Illinois.