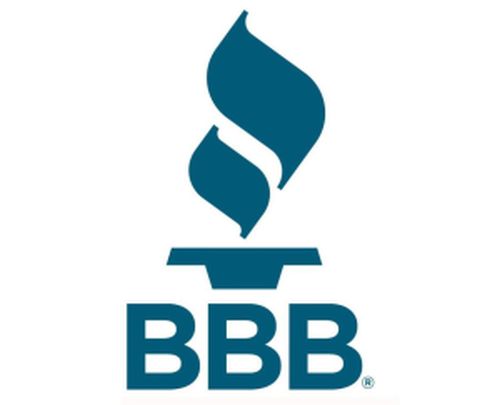 August 15,  2020 – Sweepstakes, lottery and prize scams have not abated in their financial and emotional harm despite concerted law enforcement efforts, according to the latest data from Better Business Bureau (BBB), the Federal Trade Commission (FTC) and the Internet Crime Complaint Center (IC3). This fraud is especially devastating to seniors in the United States and Canada. BBB cautions this group to be particularly vigilant about recognizing and avoiding tactics used by scammers to prey on people during the COVID0-19 crisis.

BBB issued an in-depth investigative study on sweepstakes and lottery scams in June 2018. In the two years since that study was issued, BBB Scam Tracker reports have declined somewhat, but complaints to the FTC and IC3 have held fairly steady, both in number and in reported financial losses.

Adults age 65 and older remain overwhelmingly the largest group victimized by these scams. Of the 4,417 sweepstakes and lottery scams reported to BBB Scam Tracker since 2018, nearly half, or 1,980, came from victims over the age of 65. This age group lost $2.52 million of the $3.1 million in losses reported to Scam Tracker, representing more than 80% of money lost by Americans and Canadians to this fraud.

“The law requires you to purchase a ticket to play the lottery, but a legitimate lottery or sweepstakes will never ask its winners to wire money or buy gift cards to claim the prize,” said Jim Hegarty, president and CEO of the BBB serving Nebraska, South Dakota, The Kansas Plains and Southwest Iowa. “It’s heartbreaking that these fraudsters are continually finding new ways to prey on older people who are dreaming of a big win or a financial windfall in their golden years.”

Scammers have updated some pitches to potential victims to include COVID-19 twists. According to Scam Tracker reports, scammers are discussing supposed COVID-19 safety precautions for prize delivery and attributing delays in awarding prizes to the pandemic. One imposter scam, fraudulently using the Publishers Clearing House name with a bogus COVID-19 Census Grant, allows targeted victims to choose their winnings by the amount of fees they are willing to pay. Using social media, scammers publish a list of supposed winners and invite people whose names are not on the list to provide personal information and choose their award level.

Many sweepstakes and lottery scams continue to originate from Jamaica, as reported in the original study. This is particularly true of cold calls over the phone. However, scammers may reach out by phone, email, U.S Postal Service mail or even social media. U.S. Postal Inspectors say now many victims are being instructed to mail cash to scammers. Besides offering fake cash prizes, scammers may lure victims by also claiming victims will receive luxury cars, laptops or other high-end merchandise.

Young people can be drawn into these kinds of scams too. A student at the University of Nebraska in Lincoln became a victim of a scheme on Instagram that had a twist to the usual lottery scam. Last year he happened to run across the Instagram page of “Manuel Franco” who won the $768 million Powerball in 2019. In ”Franco’s” bio it said, “Winner of powerball And official owner of Franco foundation, we gave out cash worth of $15,000 to those In need of help sponsor by UNHCR united.” The page also had a lot of followers and posts on it.

As a college student without a job and mounting student loan debt, he decided to message “Franco” and explained his situation. “Franco” messaged him back that he could “only get $15,000.” That was just fine with the student who then thoroughly checked “Franco’s” profile and watched videos of people supposedly receiving their money and saying it was a real deal. He took the bait!

First, the scammer asked for his personal identifying information (PII) that was allegedly needed for the delivery. The student complied. He was then asked to purchase a $200 eBay gift card to pay for the delivery. The student did not have $200, so he sent $100. On the morning that the money was to be delivered, the victim was messaged at 7:00 a.m. that he needed to confirm the delivery by 9:00 a.m., but he overslept. Because he had not confirmed the delivery in time, he was told to send another $200 eBay gift card. Since the student did not have the money, he was offered a “$100 student discount.”

The student sent another $100 eBay gift card and was told his prize money would arrive the next day. To confirm, he contacted the “delivery” person who told him that there was only $7,000 sent. Disappointed but still grateful, he eagerly awaited the delivery.

Shortly after the cash was supposed to arrive, he received another message from “Franco” stating that the package had been confiscated by the IRS. “Franco” insisted that the victim send a $2,000 eBay gift card in order for the delivery driver to get the money back. If he did not do this, his delivery driver would be “hurt”.  The student did not obey these directions and has not communicated again with the scammer.

A Dallas, Texas, woman told BBB she lost $150,000 and her home, job and credit after a man from Jamaica called her in June 2018 to tell her she had won a $9 million prize. “Started out to be a small prize, and within several days, the prize became a whopper,” she wrote to BBB. “I fell for it.”

The woman said she dealt only with the initial caller for two years and usually paid by a gift card. She told BBB she broke off communication when the fraudster attempted to involve her in other scams.

People who have become victims of sweepstakes scams are likely to be contacted again by scammers.

Many lottery scam victims keep sending money for weeks or months, thinking that each step is the last one before they get their winnings.

Law enforcement officials have prioritized sweepstakes and lottery scams, with dozens of cases prosecuted since 2018 in both the U.S. and Jamaica. These prosecutions have included not only scammers themselves, but victims who agreed to become part of additional scam activity. While these “money mules” typically are not prosecuted if they were unaware of their own participation in scams, knowing accomplices have been the target of government action.

Additionally, the U.S. Department of Justice has been active in targeting and prosecuting scams that victimize seniors. It conducts an annual Elder Fraud Sweep, which netted more than 400 accused scammers worldwide in 2020 and more than $1 billion in reported financial losses. The Transnational Elder Fraud Strike Force, a joint effort by several federal agencies, was established in 2019 and is aggressively prosecuting defendants caught in the sweep.

Tips for detecting and avoiding sweepstakes, lottery or prize scams:

Where to report a sweepstakes, lottery or prize scam: