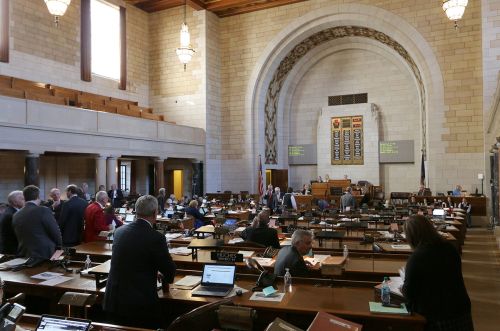 Lincoln, Neb. —  A bill that would require Nebraska abortion providers to give women information about possibly continuing their pregnancy after taking the first of two abortion drugs has won initial approval from lawmakers.

Lawmakers advanced the bill through a first-round vote Tuesday despite criticism that the information isn’t backed by scientific evidence. The vote was 37-9 after supporters overcame a legislative filibuster. Two additional votes are required before it goes to the governor.

Sen. Joni Albrecht, of Thurston, says the bill ensures that women have a right to know all of their options when if they are pursuing an abortion with medication.

Opponents say the bill is premised on a faulty and unethical study.