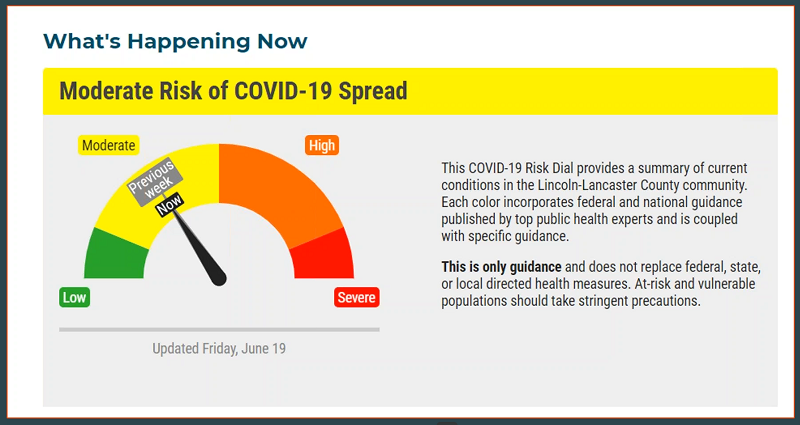 Panhandle Public Health District is working on a new method to communicate the risk level of COVID-19 spread in our region.

Similar to the visual representations of fire danger using a color-coded graphic, PPHD Deputy Director of Health Promotions and Preparedness Tabi Prochaska says a ‘risk dial’ is in the works, to be added to the PPHD website. “You can tell whether you’re going up or down, depending on how that dial looks from the previous week to now, and it really takes a look at the last three weeks data , but  the most recent week in particular,” said Prochaska during the Panhandle COVID Unified Command update Friday afternoon. “So, when the dial says we’re in ‘moderate’ or ‘high’, it’s not predicting what we’re going to be in that weekend, it’s saying where we were starting the week.”

PPHD Director Kim Engel says the public should find the new visual tool to be useful. “Along with that will be guidelines for the community, based on what color we’re in, the different precautions people can take.”

Prochaska says similar visual indicators are being developed by public health districts across the state, so people will be able to understand the potential level of exposure risk in a given region.