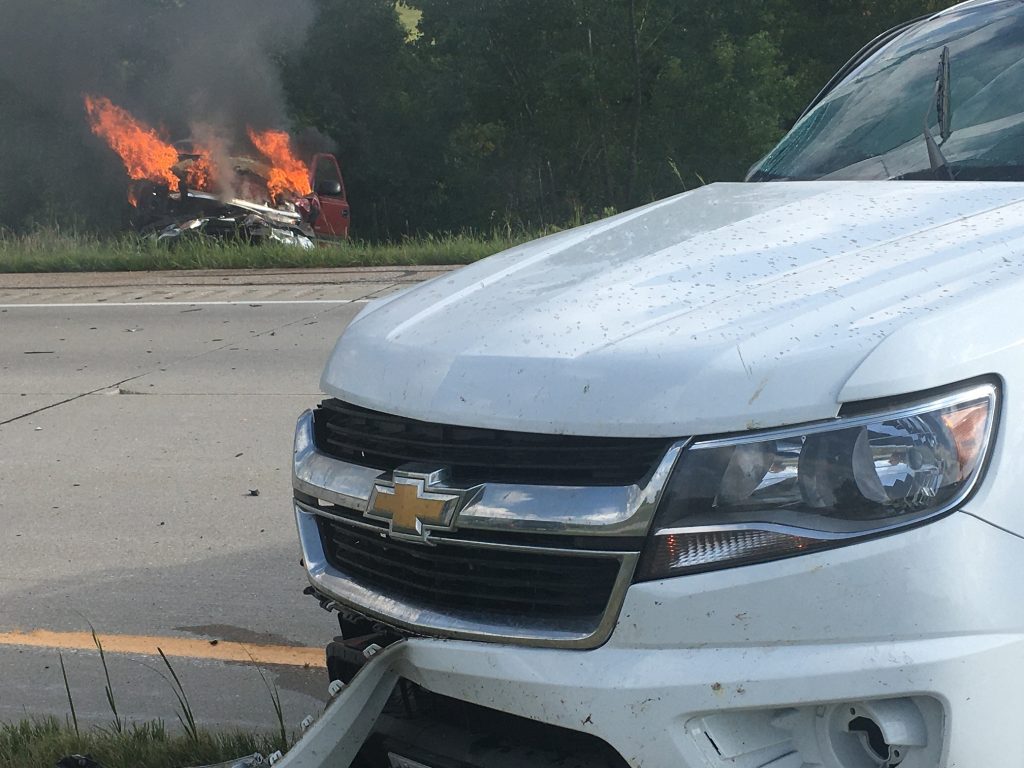 On Thursday at about 5:30 p.m. the Stanton County Sheriff’s office responded to and investigated a two vehicle accident that sent one Norfolk man to the hospital for treatment of internal injuries. The accident occurred at the intersection of U.S. Hwy 275 and 561st Avenue about three miles East of Norfolk, when a pickup driven by Douglas Risinger, 60, of rural Norfolk turned south off Hwy 275 into the path of an eastbound SUV, driven by Kurt Hansen, 56, of West Point. Risinger was transported to FRHS from the scene by Norfolk Fire and Rescue and Hansen was treated at the scene and declined medical transport. The Hansen vehicle started on fire and the front end was completely engulfed in fire on arrival of the first Sheriff’s unit. Both drivers were wearing seatbelts and airbags deployed in both vehicles lessening more serious injuries. The eastbound lanes of Hwy 275 were blocked for over an hour as traffic was rerouted. Stanton County Emergency Management also assisted at the scene. Both vehicles are a total loss.