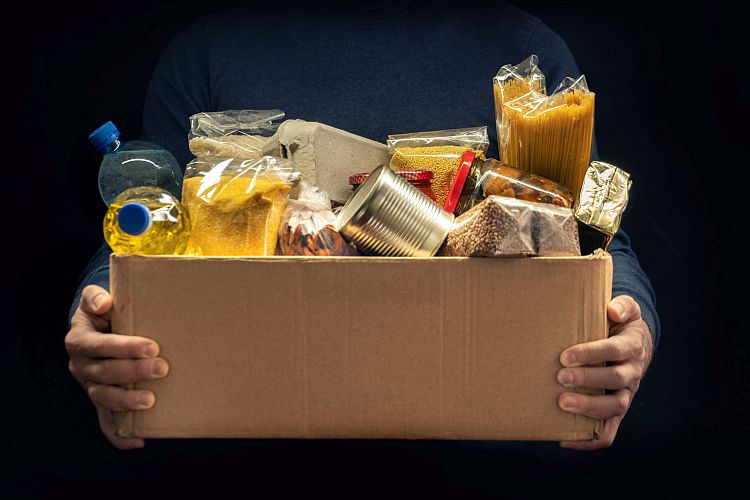 North Platte Community College is launching a food pantry to make sure its students have every opportunity to be prepared to learn. The idea is becoming increasingly common at colleges and universities across the nation.

“When hunger isn’t an issue, students are better able to concentrate and are more inclined to pay attention in class as opposed to worrying about where their next meal is going to come from,” said Josh York, NPCC’s director of housing. “The pantry isn’t intended to take the place of grocery shopping, but rather to serve as an emergency resource, meeting a need for basic human survival until students can either afford food on their own or can find other assistance.”

The idea of college food pantries was presented during a National Association of Student Personnel Administrators conference in San Antonio that York attended a couple years ago.

The presentation focused on the 2015 study, “Hungry to Learn: Addressing Food and Housing Insecurity Among Undergraduates.”

The study surveyed more than 4,000 undergraduates at 10 community colleges across the nation, revealing that half of them were struggling with food and/or housing insecurity. The study described the findings as, “startling,” and called for a multi-pronged, comprehensive set of institutional, state and local policies to alleviate the barriers presented by poverty to improve educational success.

“Living with inadequate food or without a home is more than a distraction. It reduces the students’ ability to make the most out of college, and very likely inhibits degree completion,” the study reads. “We urge leaders throughout the country to recognize and respond to the substantial challenges evidenced by housing and food insecurity.”

NPCC’s pantry will be set up in the new Learning Commons on the south campus. It will be open to all students, regardless of income, but students will be limited to how many times they can access available food.

“The pantry is a joint effort of the college’s chapters of the Phi Theta Kappa Honor Society and Sigma Kappa Delta, with the support of Student Senate,” York said. “The goal is to have the pantry open by second semester.”

Before that can happen, however, the pantry must be stocked. A food drive will kick off Dec. 4. From 6:30-8:30 p.m., families can attend a Santa’s Workshop at the NPCC South Campus. Admission is a canned or other non-perishable food item for the pantry.

Donations will also be accepted throughout the year. Items such as canned tuna, pork and beans, soups and vegetables as well as peanut butter, dried fruit, cereal bars, oatmeal, rice, pasta, Hamburger Helper and pancake mix can be dropped off at either of the Student Life offices on NPCC’s north and south campuses.

Application forms will also be available at the Student Life offices and from PTK advisor Dr. Glynn Wolar and SKD advisor Kristine Leibhart.

“Students will have to fill out the form then turn it in back in to the Student Life office in order to pick up a bag of items from the pantry,” York said. “The limit is one student per household.”

Pantry items will be available for pick up on Fridays by appointment. Appointments can be made by emailing York at yorkj@mpcc.edu.

“It’s just really exciting to be at this point,” York said of the effort. “The pantry is something I’ve been dreaming about for a long time, and now it’s finally coming true.”