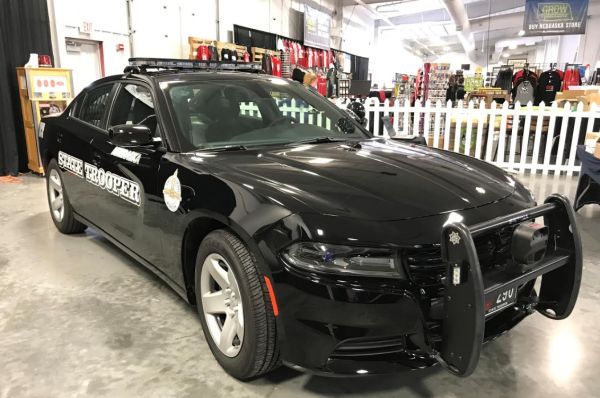 Grand Island, Neb. — The Nebraska State Patrol (NSP) is inviting Nebraska State Fair attendees to show their support for fellow Nebraskans affected by flooding and blizzards earlier this year by covering an entire NSP Dodge Charger with #NebraskaStrong messages. Those messages, written on Post-it notes, will then be used to cover the cruiser on display in the NSP booth at the State Fair.

“We’ve seen Nebraskans pull together in amazing ways this year,” said Colonel John Bolduc, Superintendent of the Nebraska State Patrol. “With all the people who attend the Nebraska State Fair, we think we can cover an entire NSP cruiser with Post-it notes, featuring messages of support for those affected by the largest natural disaster our state has seen.”

In March, blizzard and flooding conditions caused 81 of Nebraska’s 93 counties to declare an emergency, along with 104 city emergency declarations, 5 tribal area declarations, and 13 declared through other governmental entities. In the days following, Nebraskans circulated the hashtag #NebraskaStrong on social media, which garnered national attention for the state and those dealing with the effects of the disaster.

Fair attendees can visit the NSP display, write their #NebraskaStrong message on a Post-it note, and attach it to the cruiser any time throughout the Nebraska State Fair, running from Friday, August 23 through Monday, September 2.

The NSP booth is located in the southeast corner of the Pinnacle Bank Expo Building, which is near on State Fair Boulevard between the main gate and the midway.