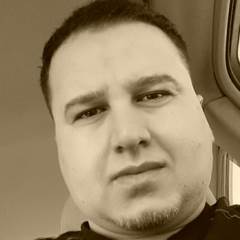 Lincoln, Neb. —  Investigators with the Nebraska State Patrol are seeking information on the whereabouts of a suspect identified in connection to a double homicide in Douglas, Nebraska.

Anyone with information regarding the whereabouts or activities of Brindar H. Jangir, 36, of Sioux City, Iowa, is urged to call the Nebraska State Patrol at 402-479-4921. If you see him, call 911 immediately. Jangir is extremely dangerous and may be armed.

Arrest warrants have been issued for Jangir by Otoe County and Lancaster County. The Otoe County warrant is for first degree murder for the deaths of Randal Grimes, 56, and Annette Grimes, 51, who were found deceased Saturday morning in Douglas. The Lancaster County warrant is for a stolen firearm, which is believed to have been used to commit both murders.

Investigators believe it is likely that Jangir is no longer in the area, but Nebraskans are asked to call 911 immediately if you see him. NSP is working with authorities at the local, state, and federal levels in this search.