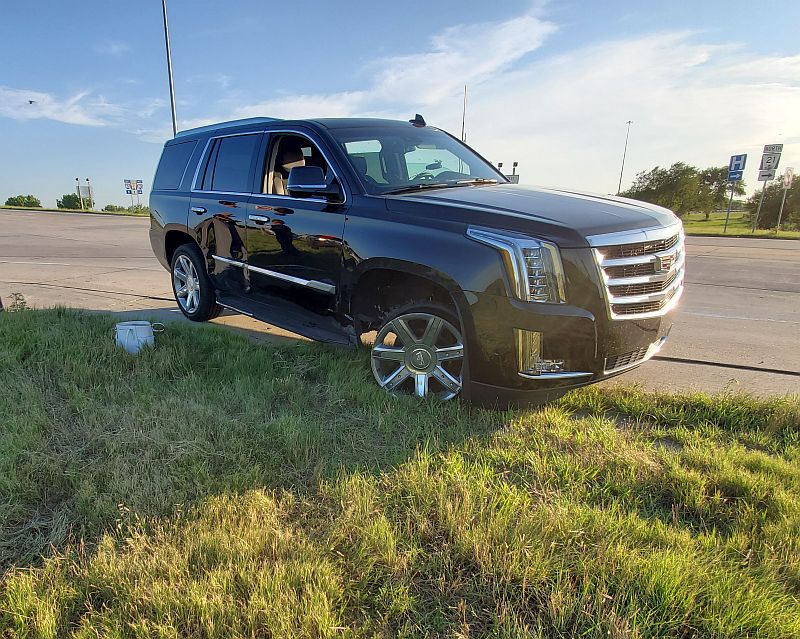 RRN/ A black SUV continued to travel westbound on Interstate 80 despite it's right-front tire spiked at Lexington. It finally came to a stop at Cozad interchange.

At approximately 7:20 p.m., NSP received a report from a motorist that a Cadillac Escalade was driving dangerously on westbound Interstate 80 near Odessa. A trooper was able to locate the vehicle as it was exiting I-80 at Elm Creek.

The Escalade then reentered westbound I-80 and fled, reaching speeds of 114 miles per hour. During the pursuit, the Escalade used the shoulder to pass other vehicles, changed lanes abruptly, and objects were thrown from the vehicle.

Spike strips were successfully deployed near Lexington and the vehicle came to a stop at the Cozad exit, near mile marker 222. At that point, the driver, Jesus Garfio, 27, and passenger, Jenna Martinez, 33, both of Denver, Colorado, were taken into custody. The pursuit lasted approximately 20 minutes.

Both were arrested on multiple drug offenses, tampering with physical evidence, littering, and possession of drug money. Garfio was also arrested for driving under the influence of drugs, flight to avoid arrest, willful reckless driving, and driving during revocation. Both were lodged in Dawson County Jail. The Dawson County Sheriff’s Office and Cozad Police Department assisted in this case.