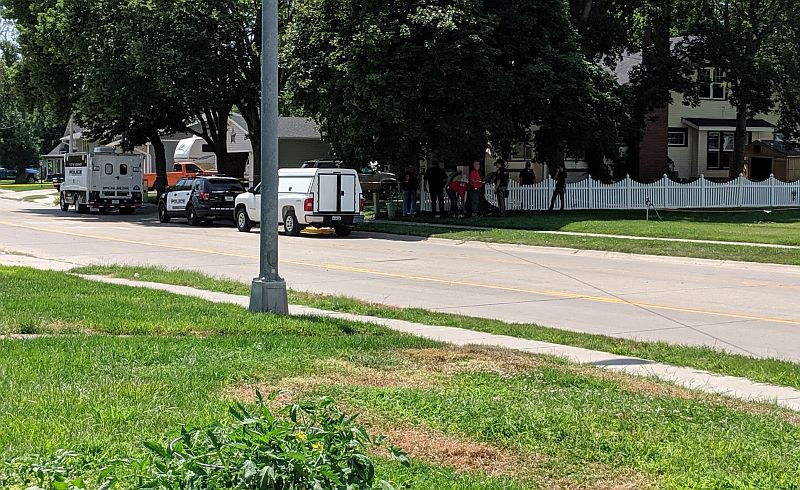 The Buffalo County Sheriff’s Office is investigating the circumstances surrounding a shooting incident where a man shot and killed his wife, shot and injured a neighbor, and subsequently committed suicide. The incident began at approximately 10:40 PM on Friday, July 26, 2019, in Gibbon, NE.

Preliminary investigations indicate that a Gibbon couple became involved in a domestic disturbance at their residence of 310 Court St.  The wife, Evita Gove (age 37) fled the scene to a neighbor’s residence with her 6 year-old child.  At some point her husband, Ryan Gove (age 38), obtained a handgun and pursued Evita Gove to the neighboring residence.  Once at the neighbors’ house, Ryan Gove shot Evita Gove multiple times. One of the neighbors, George Hoffmeister, was also shot by Gove.  The husband fled on foot, while the child, who was not physically injured, remained at the neighbors’ home.  Evita Gove was pronounced dead at the scene.  Mr. Hoffmeister survived and was transported to Good Samaritan Hospital.

After the shootings, the suspect returned to his residence.  Officers surrounded the house and the Kearney/Buffalo County Emergency Services Unit Team was notified and responded to the scene.  Negotiations with Mr. Gove were ongoing for approximately 4 hours.  The suspect was later located inside the residence and was deceased with a self-inflicted gunshot wound.

Traffic Stop Near York Results in Weapon and Drug Charges