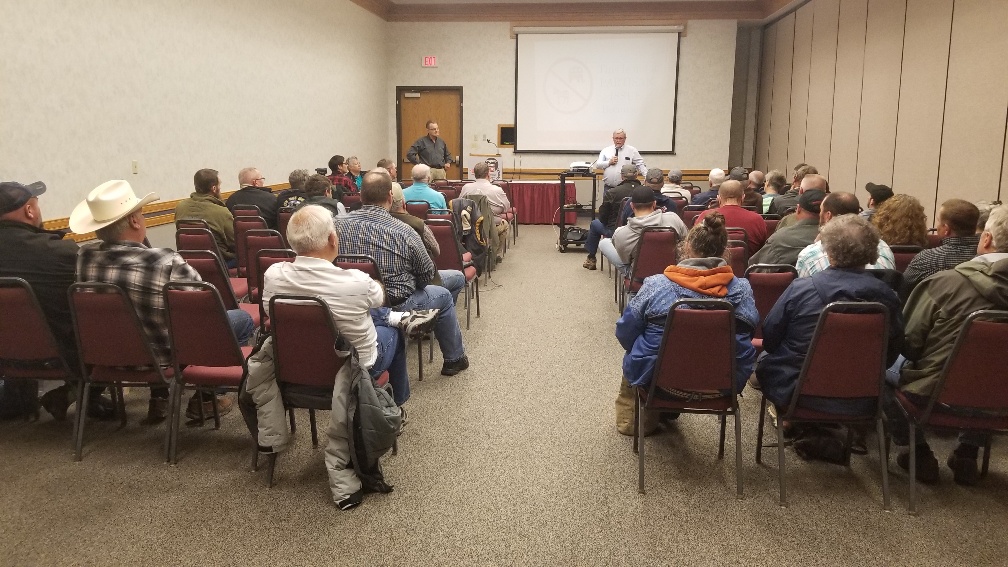 Organizers behind a property tax petition drive held a seminar in Gering Tuesday evening, seeking both signatures and petition circulators.

Paul Von Behren with TRUE (Tax Relief Unites Everyone) Nebraska was joined by State Sen. Steve Erdman of Bayard promoting the constitutional amendment that would return 35 percent of property tax payments to landowners in the form of a state income tax credit.

Von Behren told the crowd at the Gering Civic Center that the issue is not a rural versus urban one, as many of those in the states largest cities are now seeing considerable increases in their property tax bills, and now is the time to address the issue in light of the pending U. S. census.

Erdman told the crowd history has shown that the Legislature cannot find the solution property taxes that have continued to rise over the decades despite millions of dollars that have been earmarked for relief to landowners over the years. He said it’s time for Nebraskans to take the issue into their own hands, place the measure on the 2020 general election ballot, and once approved, force state and local governments to become more efficient with taxpayer dollars.