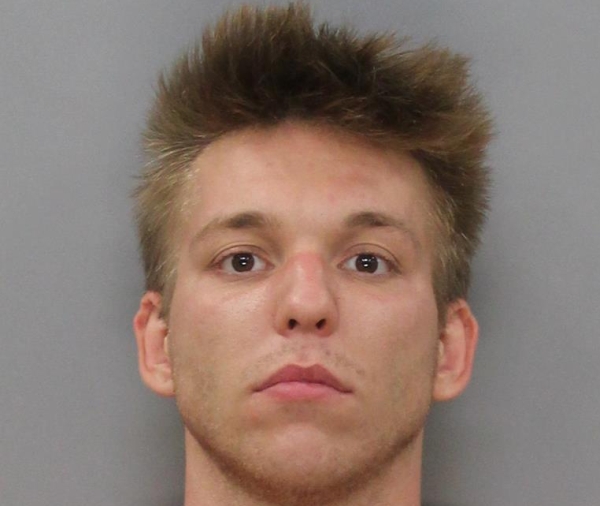 MAY 26, 2020 (GRAND ISLAND, NEB.) — Troopers with the Nebraska State Patrol (NSP) have arrested a man who was being sought following a pursuit in central Nebraska Sunday night.

The incident began Sunday evening when NSP dispatchers received multiple reports of a westbound Chevrolet Camaro driving dangerously on Interstate 80 near York. Troopers located the vehicle near Aurora and attempted a traffic stop. The vehicle refused to stop and fled at a high rate of speed. Troopers initiated a pursuit.

The suspect vehicle accelerated to speeds of approximately 145 miles per hour as the trooper started pursuing. As the vehicle approached Grand Island, a trooper clocked the suspect’s speed in excess of 170 miles per hour. Near mile marker 288, a trooper was able to successfully deploy spike strips to slow the vehicle, which then exited I-80 at the Gibbon interchange, near mile marker 285. Troopers found the vehicle abandoned at Gibbon High School.

Troopers began searching the area. The search continued into Monday as NSP developed information that the suspect, Tyler Liles, 22, of Creve Coeur, Illinois was still in the area.

At approximately 7:30 p.m. Monday, troopers performed a traffic stop on a Jeep Patriot on Highway 30 near Gibbon. Tyler Liles was a passenger in the Jeep and was arrested.