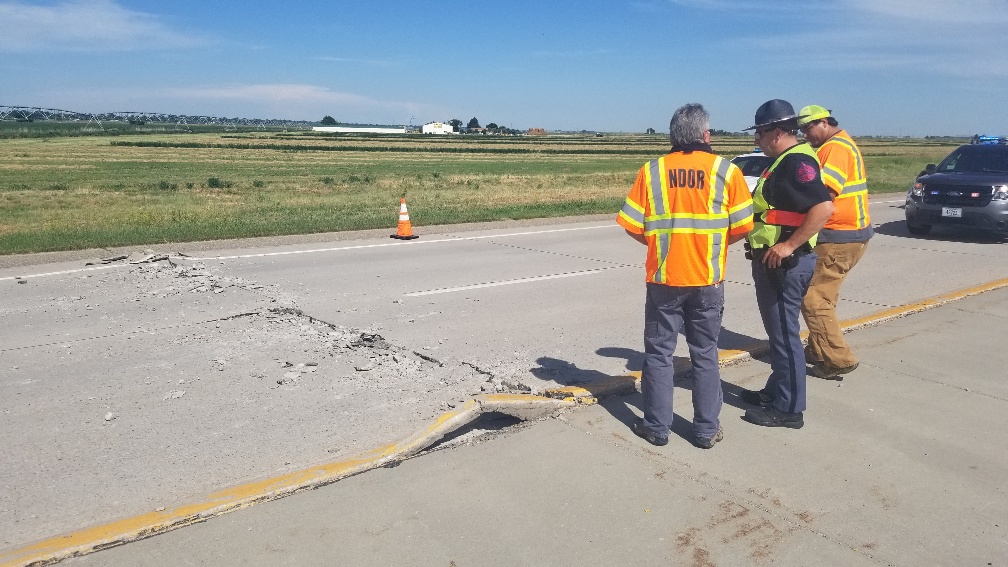 Nebraska Department of Transportation officials say a series of recent pavement fractures on Highway 26 in Scotts Bluff County isn’t an epidemic, nor is it a symptom of problems with roadway construction.

Two concrete break-ups near Morrill and one just east of Scottsbluff happened Monday afternoon, following a larger segment of pavement damage more than two weeks ago near 21st Century Equipment on the eastern edge of Scottsbluff.

NDOT District 5 Engineer Doug Hoevet says it’s all due to thermal expansion from very hot afternoons over the past few weeks, perhaps helped by abundant ground moisture. Hoevet says while it may appear dramatic, he tells KNEB News it should not be a major concern for motorists. “In the event somebody does detect something they thought wasn’t there the day before, they could certainly give our office a call and let us know they’re starting to see some changes in the roadway,” says Hoevet, “But I don’t believe we have anything they really need to pay extra attention to, just a general level of (road condition) awareness is enough.”

Hoevet says the fractures are generally rare in our area, primarily due to the fact asphalt is used for a majority of roadway work in the Panhandle. He says pavement breakups are more common in more arid parts of the country, such as the desert Southwest.