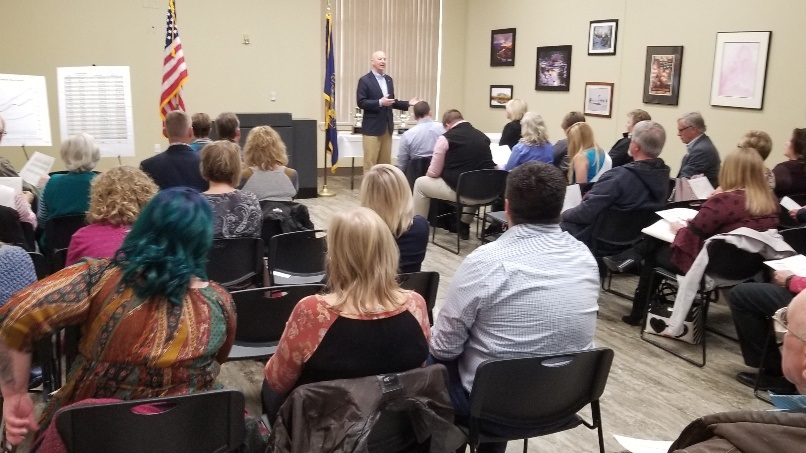 Property tax relief was a common theme as Governor Pete Ricketts ended a series of town hall meetings across the state with a stop at Western Nebraska Regional Airport in Scottsbluff.

Ricketts told the crowd of about 30 plans such as LB289 have not worked in the past, and the measure is destined to fail at providing any lasting, meaningful breaks for landowners.

The Governor tells KNEB News he believes the measure will not have enough votes to pass, and he’s already been talking with Revenue Committee members on what to do beyond the bill. “Let’s work on a solution that everybody can live with, something that doesn’t raise people’s taxes, that makes progress on this property tax relief issue, like increasing the property tax credit relief  fund, which I proposed and the Legislature so far has approved,” says Ricketts, “and looking  at other ideas like per-student funding of education. You know, some things we could do there to make sure all of our rural districts are going to benefit out of that school aid formula.”

Ricketts says while he does agree restoring money to the rainy day fund is important, most Nebraskans would agree property tax relief is the priority over the state keeping more money for future spending.

On Wednesday, lawmakers stripped $25 million a year in additional funding for the cash reserve from the budget to add more to the property tax credit fund, which led to a sharp rebuke by Appropriations Committee Chair John Stinner of Gering.