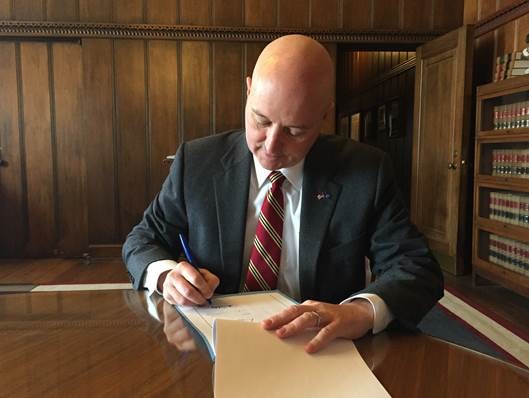 Lincoln,  Neb.  —  Gov. Pete Ricketts has vetoed a bill that would let a rural Nebraska county impose a half-cent sales tax to pay off a $28.1 million legal debt to six people wrongfully convicted of murder.

Ricketts said Wednesday he opposes the measure because it would allow the Gage County Board of Supervisors to approve the tax without submitting it to a county-wide vote.

Gage County has already raised its property tax levy to the maximum allowed under state law. Supporters say the sales tax would help spread a burden heavily shouldered by land-rich farmers outside of Beatrice, where the murder took place.

The so-called Beatrice Six were imprisoned for the murder 68-year-old Helen Wilson but exonerated by DNA evidence in 2008.
The bill’s sponsor says he’ll try to override the veto.