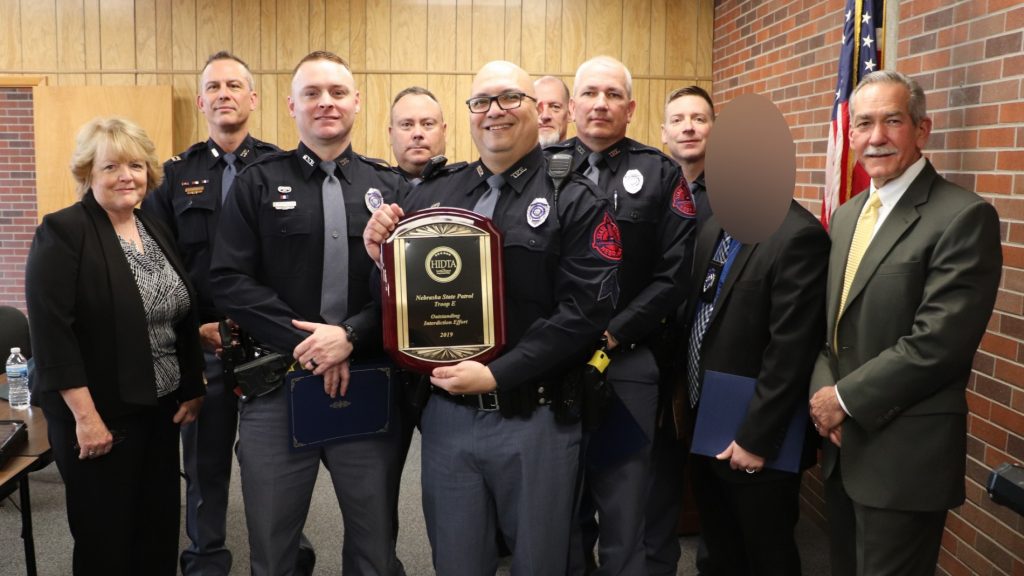 Troopers with the Nebraska State Patrol Troop E based in Scottsbluff have been presented an award for outstanding drug enforcement.

“The work that this particular troop did represents the maximizing of resources to work innovatively, to push your resources to the most beneficial to the citizens of Nebraska and beyond,” said Jeffrey Stamm, Executive Director of Midwest HIDTA.

The six troopers and investigators who were honored accounted for more than 100 drug interdiction cases in 2019, resulting in 47 felony arrests. Their efforts removed cocaine, heroin, marijuana, THC concentrates, and other drugs from the communities of western Nebraska.