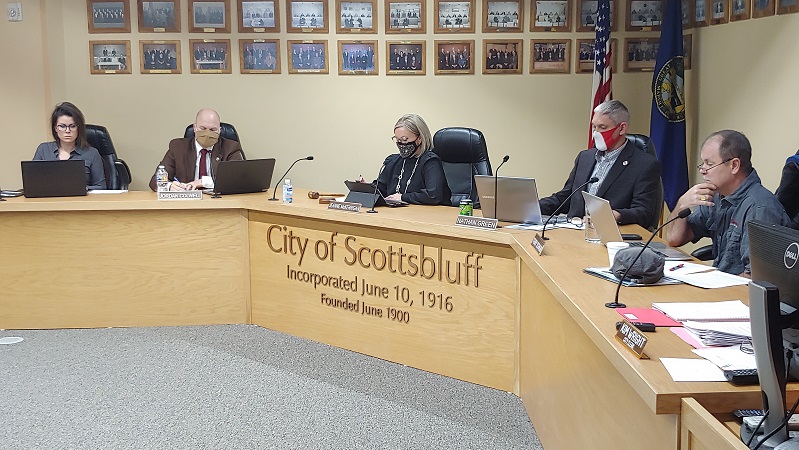 The Scottsbluff City Council Monday approved a contract for incoming new City Manager Dustin Rief, but not without some discussion of some of the terms of the agreement.

Under the pact, Rief will have a starting salary of $150,000 when he takes the position by March 1st.

Before the vote and discussion, interim City Manager Rick Kuckkahn admitted the contract was at the top end of what the city was willing to agree to but pointed out the recent difficulty of hiring quality managers or administrators among Panhandle communities.  “Many of them have had to go out several times to find the person to fit the position. I think the contract acknowledges those conditions, and really, bottom line, is this is a very aggressive package,” said Kuckkahn. “I will not dispute that, it is a very aggressive package, (but) he was your number one pick.”

Part of the package was a request by Rief to be able to locate outside the city, as he was able to find a home to meet the needs of his family within a mile of city limits, and expressed a desire not to have to move twice.

Nathan Green objected to that provision, saying the top city administrator should live inside city limits, expressing disappointment in that portion of the terms.  Green was the only one to vote against the contract.