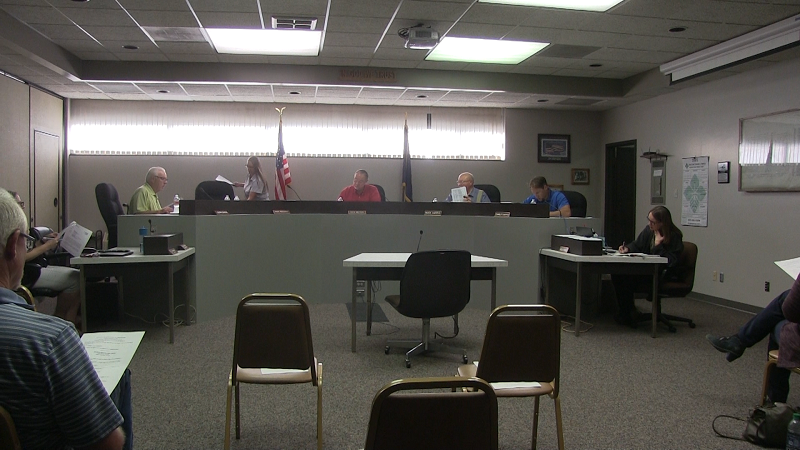 The cities of  Scottsbluff and Gering would be made whole by a compromise agreement given conditional approval by Scotts Bluff County Commissioners Monday over franchise fees ALLO Communications mistakenly paid to the county for about a decade.

Under terms of the 5-year pact, the county would make annual payments of $77,685 to ALLO, which in turn would add $25,000 for disbursement to the two cities withing 10 days of receiving the county’s portion.

Scottsbluff would receive $63,618 a year, and Gering $19,068, but the agreement did not address Terrytown’s portion of the mis-paid fees.

Commissioner Charlie Knapper said discussions were tough, but fair. “We save some money out of the deal, because ALLO is willing to take some financial responsibility for the mistake they made,” said Knapper. “Basically, we’re going back seven years, which all parties agreed was fair due to the statute of limitations.”

Board Chair Ken Meyer thanked ALLO for stepping up to pay a portion of the money owed, saying it was a proper recognition of their role in how the issue developed. The first payment would go out Oct. 5 if Scottsbluff and Gering approve the agreement.

Meyer said the agreement does not have a negative impact on the 2020-21 budget passed by the Board this past Friday which includes a 3% pay raise for county employees. Commissioners did not take a pay bump themselves, but did approve it for other county elected officials, contingent on those officials finding the money for the pay hike within their department funding that had already been negotiated during the budgeting process.