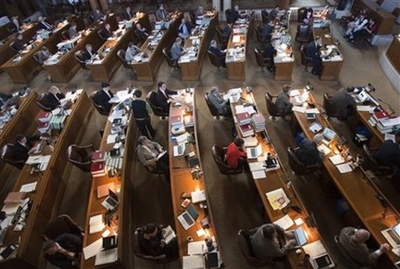 Election Day has come and gone-at least for Nebraska. The year 2020 has been very different than any we have ever known and the election cycle has been no different. In District 17 for instance, the registered voters in rural Wayne County voted by mail while registered voters in the City of Wayne voted had the traditional poll open for in-person voting on Election Day. Candidates campaigned different throughout the nation and state, as well. Door-to-door voter contact was replaced with campaign car cruises, car rallies, or boat rallies across the country. As for me, I greatly missed the opportunities to meet and talk with more of my neighbors during our typical fair season. Nothing was typical, yet we moved through it together. Our families laughed, loved, and eventually harvested. And, we voted.

Election night was a late night for results in our area. Vote counts came in around 10:30 p.m. from Wayne County, and 12:30 a.m. Wednesday for Thurston and Dakota Counties. For me, it was worth the wait and I thank each person who took part. According to the Nebraska Secretary of State’s Office, 74.87% of registered voters in Wayne County cast ballots, turnout was 54.49% in Thurston County, and 61.25% in Dakota County. Each person in District 17 who exercised their patriotism and right to vote should be commended for turning out in such a significant way. I extend a special thank you for the incredible vote of confidence in electing me to represent you again for the next four years. Again, according the Secretary of State’s updated website, I received 68.29%, or 4,155 of the 6,084 votes cast in Dakota County; 65.89%, or 1,393 of the 2,114 votes cast in Thurston County, and 68.86%, or 2,746 of the 3,988 votes cast in Wayne County, for a total of 68.06%, or 8,294 out of 12,186 votes cast in all of District 17. It has been such an honor and a privilege to serve Dakota, Thurston, and Wayne counties in northeast Nebraska. There is much to do in the next four years and I look forward to hearing your concerns and being your voice on issues facing the District and our State in the Legislature.

Legislative Look ahead: Expect to see some familiar issues addressed right away when bills are introduced in the first ten days of the 2021 Session. There will certainly be some focus on the impact of the pandemic on the State’s economy, education, and on families. Fortunately, Nebraska has exceeded revenue forecasted numbers. In light of the protests, riots, and unrest this summer throughout the nation and in parts of Nebraska, I expect we will also focus on public safety and law and order.

My office has been working on issues surrounding public safety, protecting our children, ethanol production, expanding rural broadband access, and further tax relief. These are the issues that best describe what you can expect to see me champion in this upcoming session. In some cases, I will introduce bills, in others I expect to join my colleagues to develop common-sense and practical solutions that help but do not further burden taxpayers.
Concerns about public safety and law and order seen across the nation have also been part of the Nebraska discussion.

As I mentioned several weeks ago, I intend to introduce legislation to improve public safety and give our law enforcement, first responders, and others the tools they need to keep themselves safe while they work to protect our families, businesses, and communities. I have circulated a summary of the bill amongst stakeholders for review and have already received feedback. As currently structured, the bill will penalize rioting, inciting rioting, and assaulting first responders by throwing items including bodily fluids or toxic substances or by other means. It also increases penalties for certain crimes committed against the person or property of public safety officers, or threatening public safety by blocking public roadways or other public ways.

I also intend to re-introduce legislation bringing greater transparency and public access to government meetings and to introduce one or more bills designed to protect children in District 17 and throughout the State from obscenity and abuse. These are all areas of concern that I feel strongly about, and that I believe most of my colleagues feel strongly about, as well. I plan to describe each of my bills in more detail in my weekly update as I get closer to introducing them in the 2021 Session.

COVID-19 update: Nebraska, along with many other states, has seen an increase in the number of positive COVID-19 tests, and related hospitalizations. My office and the Governor’s office continue to monitor the number of positive tests, and the beds available for potential hospitalizations. Like you, we are hearing that companies are developing vaccines that will hopefully be available soon. Even so, the first line of defense is each of us.

To slow the spread and potentially avoid infection, it is important that we avoid the “Three Cs” outlined by the Governor: 1) crowded places; 2) close contacts, and 3) confined spaces.”

At a press briefing on November 5, the Governor also reinforced the importance of basic health habits of frequent hand washing and staying at home when feeling ill. Dr. Gary Anthone, Director of Public Health for the State joined the Governor at the briefing and announced a campaign of Public Service Announcement (PSA) in English and Spanish, on radio, in print, and through digital media to encourage Nebraska residents to follow the health safety practices.

On Monday, November 9, 2020, the Governor discussed increased hospitalizations and announced a new Directed Health Measure (DHM) effective Wednesday, November 11, 2020 in an effort to keep resources available. He reported currently there are 31% of hospital beds available, 31% of Intensive Care Unit (ICU) beds available, and 71% of ventilators statewide. The new DHM re-institutes some previous restrictions requiring 1). Six foot (6’) separation in businesses.
2). Masks must be worn in businesses where 6’ separation is not possible, like salons, massage therapists, tattoo parlors, etc.
3). Bars, restaurants, places of worship, and businesses must provide 6’ distance between groups, with groups not exceeding eight (8) persons. In bars and restaurants, patrons must remain at tables unless using restrooms, ordering food, or playing games, in which case, patrons must wear masks. Groups seated at tables should not be more than eight (8) people.

4). Gatherings: Indoor venues are again restricted to 25% rated occupancy. This includes arenas, and other entertainment, and wedding venues. Dancing is restricted to tableside dancing at wedding events and recitals where distancing requirements can be observed.

5). Attendance at extra-curricular sports activities is limited to family of athletes and media; and
6). Outdoor gatherings remain at 100% rated occupancy, with distancing requirements and consultation with local health officials for crowds of 500 or more in any venue, 1,000 in Omaha/Douglas County.

As always, it is of great importance that I hear from my constituents to effectively do my job as your voice in the Legislature. I encourage you to contact me and I look forward to hearing from you. You can reach me by phone at 402-471-2716 or by email at jalbrecht@leg.ne.gov. 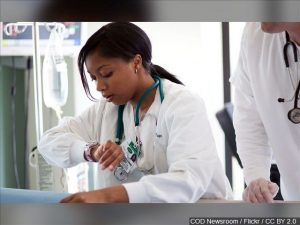