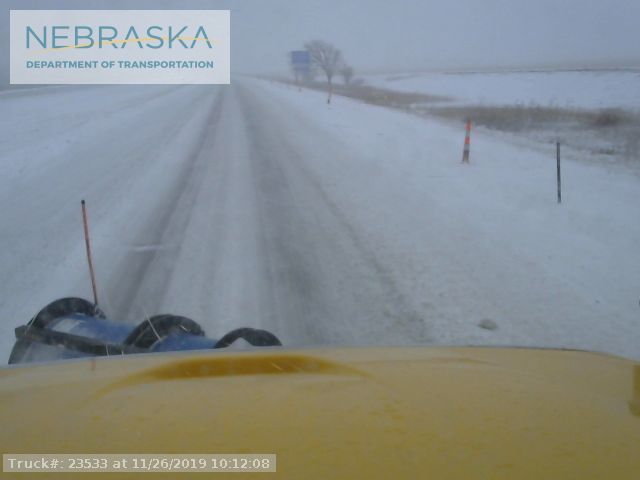 Courtesy/NDOT I 80 eastbound near Ogallala.

A storm system that’s expected to drop up to a foot of snow in western Nebraska is making travel hazardous and has forced closure of highways and county roads.

The Nebraska Transportation Department said Tuesday that travelers have been barred from a stretch of U.S. Highway 385 in the Panhandle.

Also, Interstate 76 carrying traffic from Colorado has been closed south of the Nebraska merger with Interstate 80.
The department also says several highways in western and north-central Nebraska are covered with snow.

Several school districts in the system’s path opted to remain closed for the day, and others have canceled classes for Wednesday as well. Many businesses also didn’t open.

The National Weather Service says 8 inches (20.3 centimeters) of snow already has been reported at Sidney.