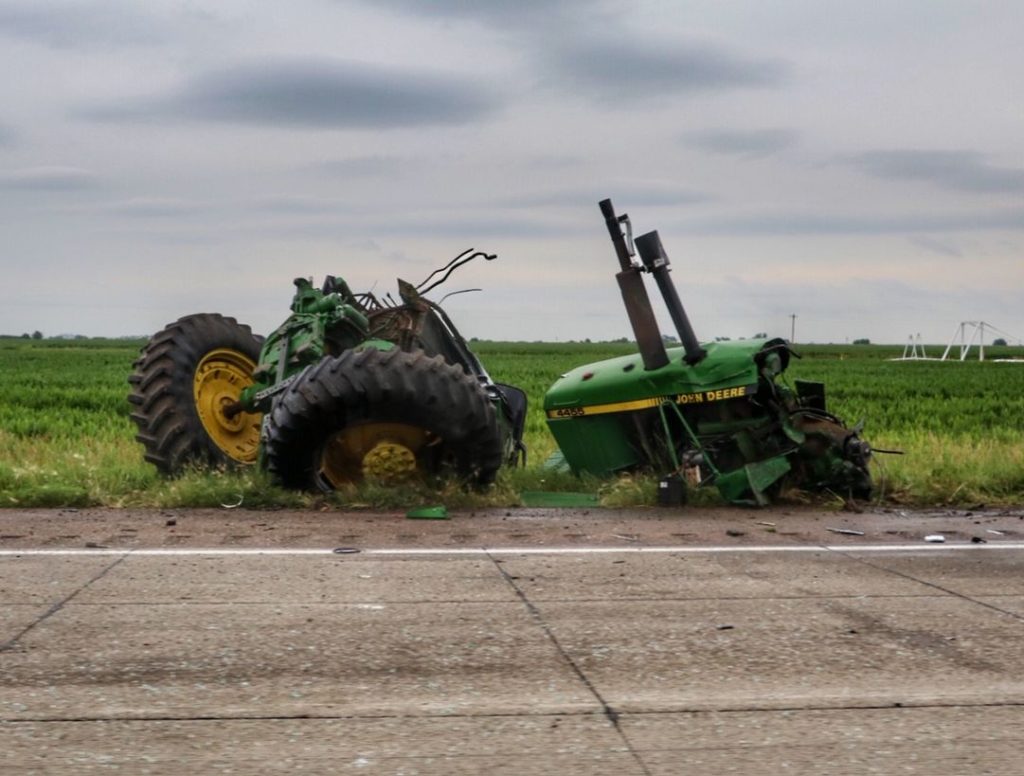 The operator of a farm tractor was listed in critical condition at CHI Health Good Samaritan Hospital in Kearney late Monday afternoon following an accident near Cozad earlier in the day. It was reported around 10:48am on Highway 30 about a mile east of Cozad. A John Deere tractor and a straight truck hauling a roll-off container were traveling in the same direction when the tractor was struck by the truck. Dawson County Sheriff Ken Moody says the driver of the tractor, Matthew Koch was transported from the scene to Cozad Community Hospital and then flown to CHI Health Good Samaritan for further care. The driver of the truck, Dennis Razes was not injured. The truck was registered to Schaben Sanitation. The accident remains under investigation.

The Dawson County Sheriff’s Office was assisted at the scene by Cozad Fire & Rescue and Cozad Police Department.