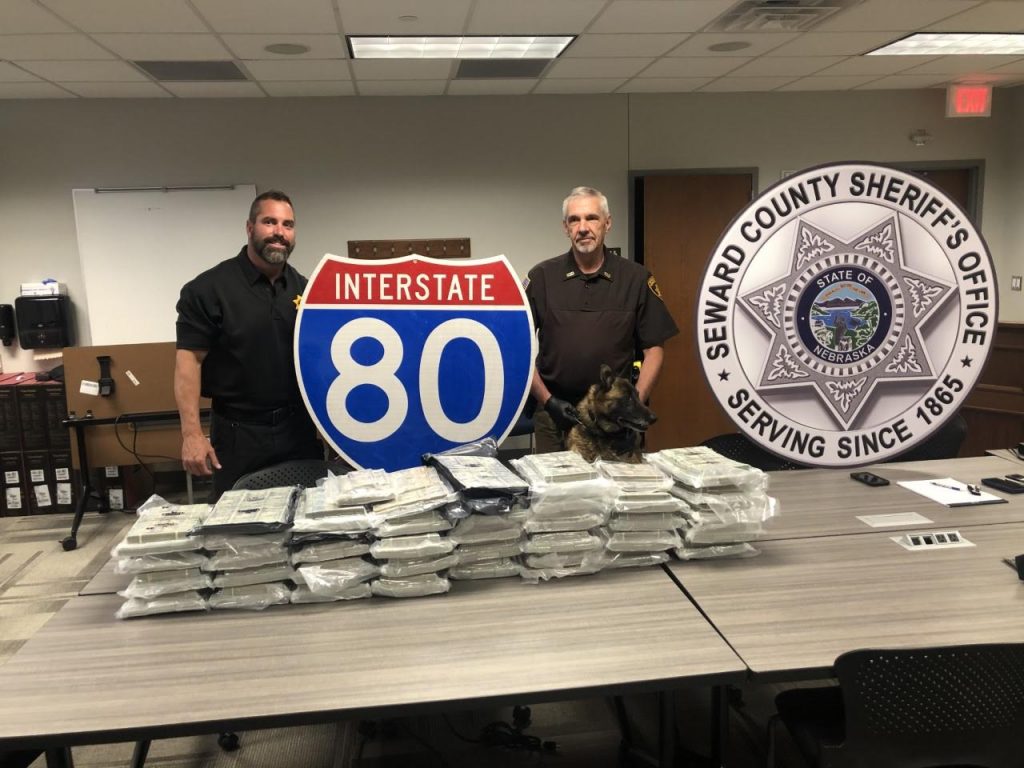 On Wednesday, June 10, 2020, at approximately 0935 hours, Seward County Sheriff Mike Vance, conducted a traffic stop on Interstate 80 on an Ohio plated Chevy Silverado pickup for failure to signal a lane change. During the traffic stop, Sheriff Vance became suspicious that the driver and only occupant of the vehicle was involved in criminal activity. Sheriff Vance requested consent to search the pickup, at which time Sheriff Vance deployed his K-9 Igor. After receiving a positive indication on the truck, Sheriff Vance assisted by other Seward County Deputies, and a Lancaster County Deputy searched the vehicle discovering approximately 1.9 million dollars in US currency in duffle bags in the rear of the truck.

The driver identified as Michael T. Gaytan, 42, of Toledo, Ohio, was arrested and is being charged with felony transportation and possession of illegal currency used to facilitate the purchase of illegal narcotics and money laundering. Agents from the Department of Homeland Security Investigations responded to the Seward County Sheriff’s Office and conducted interviews with Gaytan. Federal charges will be forthcoming.