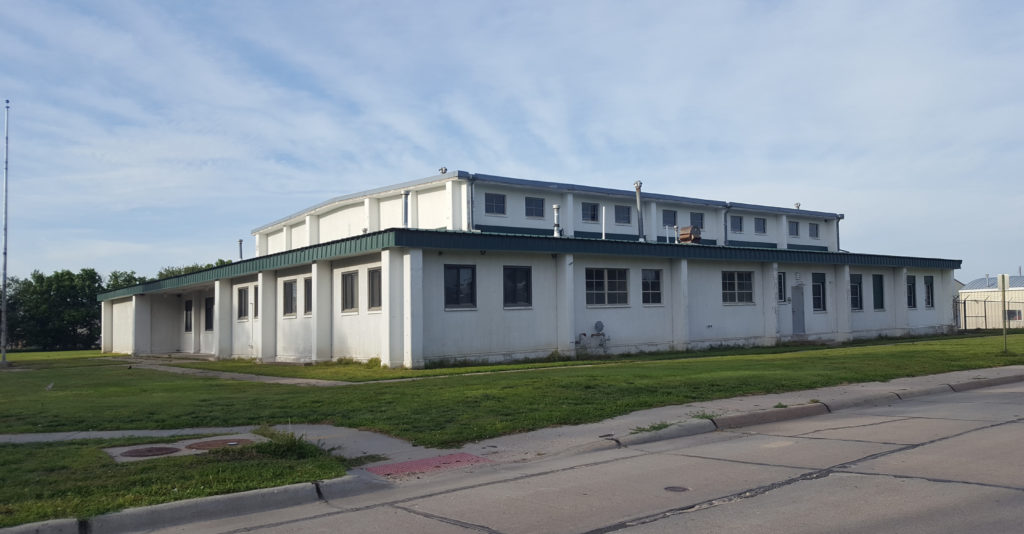 Tri-Basin Natural Resources District (NRD) concluded purchase of the Holdrege Armory building from Industrial Pipelines, Inc. on Friday, June 14. The NRD purchased the building to serve as an equipment maintenance shop and storage facility for the district.

Tri-Basin NRD manager, John Thorburn, says he hopes that the armory can eventually be used by the public once again, under NRD supervision. “It’s an extremely solid building, with concrete construction from the foundation to the roof,” said Thorburn. The sturdy construction of the building has the benefit of making it relatively inexpensive to maintain, he added.

“The building will need to be renovated before it can be used by the public,” Thorburn said. The NRD will make it available to the Phelps County Ag Society as an emergency storm shelter during this year’s Phelps County Fair.

The Holdrege National Guard Armory was built 1954-55. It was the first armory and one of the first public buildings in the United states constructed using pre-cast concrete panels, which is now a common construction process for larger buildings.

The armory was originally the home of Company C of the 195 th Heavy Tank Battalion. The armory served as the home of the Army National Guard in Holdrege until 1997. At the end of the Cold War, the Army National Guard consolidated units and administration, which resulted in closure of the Holdrege Armory. The building was purchased by Industrial Pipelines, Inc. in 1998 and served as a warehouse and office space for the company until it was sold to the NRD.