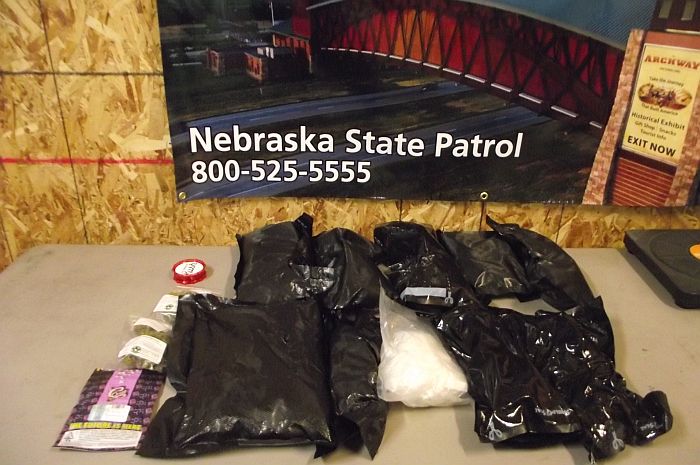 APRIL 1, 2020 (KEARNEY, NEB.)  — Troopers with the Nebraska State Patrol have arrested three people and seized 20 pounds of methamphetamine during a traffic stop near Kearney.

The traffic stop occurred at approximately 8:00 p.m. Tuesday, when a trooper observed a Chevrolet Tahoe fail to signal a turn as it exited Interstate 80 near Kearney. During the traffic stop, the trooper detected clandestine activity.

Troopers performed a search of the vehicle and found 20 pounds of methamphetamine and two ounces of marijuana. The driver, Shanae Douglas, 31, of Gary, Indiana, was also discovered to have a revoked driver’s license.

Douglas, and passengers Antoinette Brandy, 33, of Gary, Indiana, and Juwan Powell, 21, of Harvey, Illinois, were all arrested for possession of methamphetamine, possession with intent to deliver, and possession of marijuana. Douglas was also cited for driving with a revoked driver’s license. All three were lodged in Buffalo County Jail.