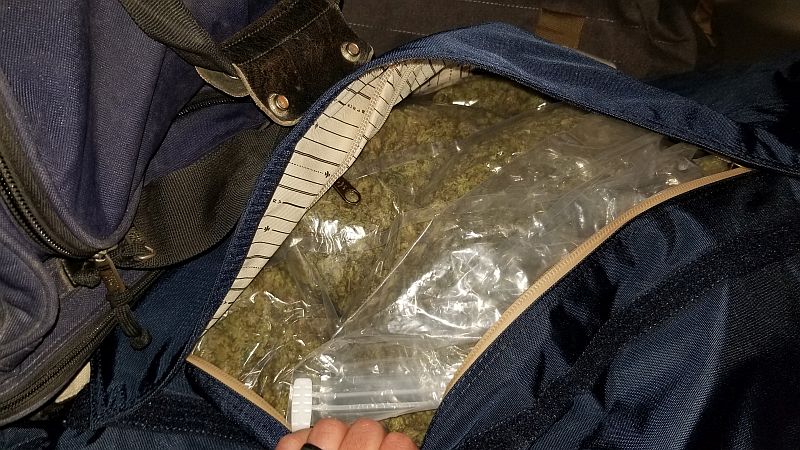 At approximately 8:25 p.m. Tuesday, a trooper observed a Chevrolet Tahoe failing to maintain its lane while traveling eastbound near mile marker 187 on I-80. The vehicle also had an obscured license plate. During the traffic stop, an NSP K9 detected the presence of a controlled substance inside the vehicle.

A search of the vehicle revealed 91 pounds of high-grade marijuana concealed in bags in the cargo area.