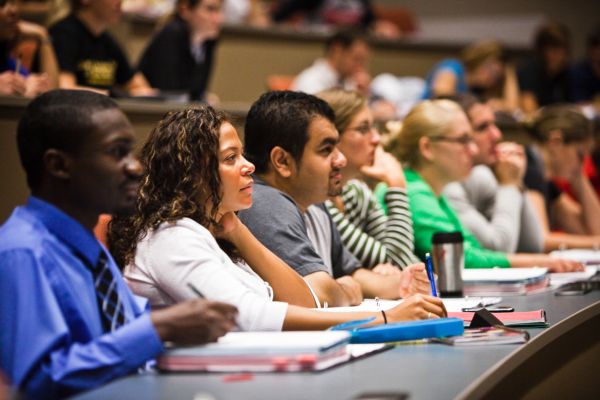 Ranked No. 10 for the entire country among universities/colleges

“This is great news for all our students and their families,” said Dele Davies, M.D., senior vice chancellor for academic affairs and dean for graduate studies. “With the high expense associated with higher education, there is nothing more fulfilling to our students than to know there will likely be a job available for them after they graduate. Obviously, it’s the reason all our students pursue a degree.

“We are really proud of our impressive results in this study. It speaks volumes for the quality education our students receive, and how highly regarded a degree from UNMC is to employers.”

This marks the third year that Zippia has compiled this data, which comes from the U.S. Department of Education’s College Scorecard. The data looked at how many students were employed 10 years after they graduated. UNMC students had a 94.96% employment rate.

“Zippia’s goal is to give recent graduates and job seekers knowledgeable data to make their career progression a successful one,” said Nick Johnson, director of public relations for Zippia. “UNMC not only has the highest job placement rates for professionals 10 years after graduation for all Nebraska universities and colleges, but it also has the nation’s 10th highest job placement rate overall. That says a lot about the quality of education at UNMC, as well as the support students and alumni get from UNMC programs and support staff.”

In the overall rankings, Quinnipiac University in Hamden, Conn., had the highest job placement rate with 96.1% of graduates employed 10 years after they graduate.

Here’s a complete listing of the top 10 universities/colleges in the study:

“Currently people make career decisions with little knowledge about all their career options and longer term implications,” Johnson said. “Even though choosing a career is one of the most important decisions of our life, there is very little reliable guidance available online.

“We realized that quite often, people don’t know much about their career options, and how to change or advance their career. With the unemployment rate sitting at record lows, the job environment has never been more competitive for students. That’s why Zippia has built a platform that gives everybody the tools to find the career that is right for them. ”

To see a complete listing of the top universities/colleges in all 50 states, go to