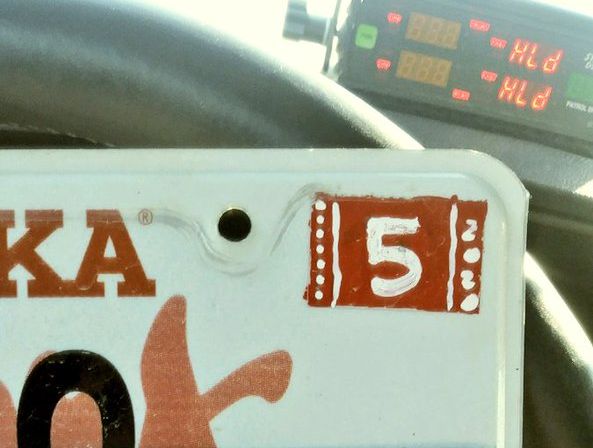 Lincoln, Neb. — A Nebraska state trooper has cited a driver after pulling over a vehicle that had registration stickers painted onto its license plates.

Nebraska State Patrol spokesman Cody Thomas says the vehicle was stopped Monday morning at an Interstate 80 exit in north Lincoln. Trooper Adam Strode spotted the problem, and he ticketed the driver for having fictitious plates and not having valid registration.

It’s unclear whether the driver also was the artist whose unsteady hand fashioned two rough red rectangles in the upper right-hand corner of the plates. The number 5 was in the middle, signifying a May expiration for 2020.

Thomas says troopers he’s talked to told him it was the first time they’d heard of or “seen anything like this.”