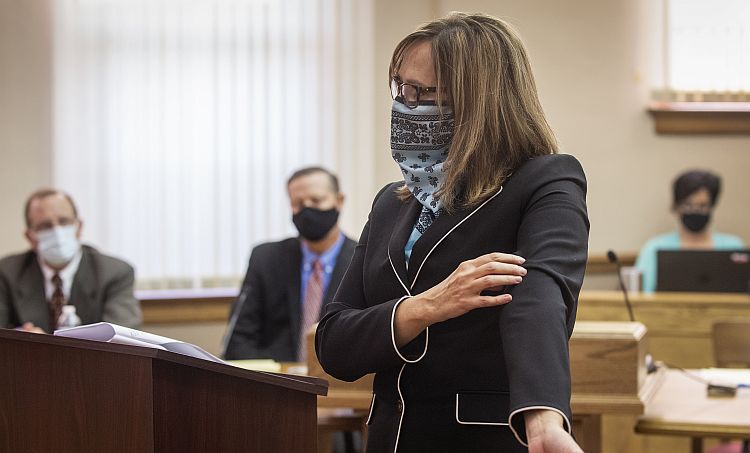 LEXINGTON, NEB. - 09/25/2020 - Assistant Attorney General Sandra Allen (center) describes to the jury how searchers were able to identify the body of Sydney Loofe by a tattoo on her upper arm on Friday, Sept. 25, 2020, at the Dawson County Courthouse. FRANCIS GARDLER, Journal Star

Opening statements were heard Friday morning in the First Degree Murder Trial of Bailey Boswell in the Dawson County Courthouse in Lexington. Boswell is accused in the slaying and dismemberment of 24-year-old Sydney Loofe of Lincoln in November 2017.

The case was moved from Saline County due to publicity surrounding the trial of her alleged co-conspirator Aubrey Trial. Trail was previously found quality of First Degree Murder in the case that was heard in Wilber.

Prosecutor Sandra Allen of the Nebraska Attorney General’s Office, opened that on November 14, 2017, Sydney Loofe went on a date with a woman who identified herself as “Audrey”. They met on the dating website Tinder. At the end of that date, they made plans to go on another date the following evening.