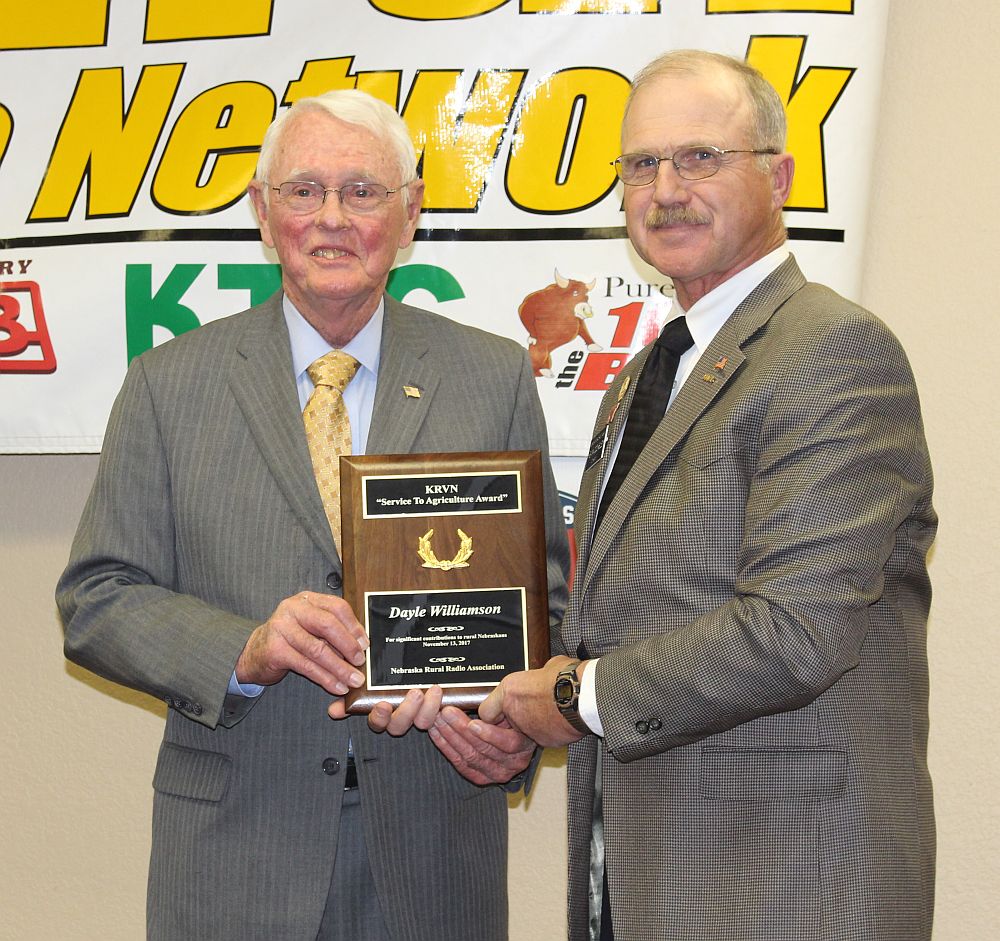 Members of the Nebraska Rural Radio Association gathered in Lexington on Monday for their 67th annual meeting. It culminated with the presentation of it’s Service to Agriculture Award to Dayle Williamson. Williamson remarked on the mission of the NRRA saying “the mission was to provide timely and vital information to agriculture producers and the agriculture industry. That missions has never changed.” Williamson served Nebraska Agriculture as the first Director of the Nebraska Natural Resources Commission, a position he held for 30 years under six governors.

Williamson related several stories including one from the Blizzard of ’48-’49. As a first-year student at the University of Nebraska Lincoln, he decided one weekend to drive the 70 miles home to Ohiowa. He said it wasn’t snowing much in Lincoln and didn’t encounter big drifts of snow until the last 20 miles home. He sometimes had to back-up hit the drifts hard to get through and didn’t encounter much other traffic on the road. When he got to the farm, he said his dad usually welcomed him but, this time was irritated. “He said my gosh, all the roads to Lincoln are closed…what in the world are you doing here?’ Williamson said his Dad told he needed to listen to the radio! Williamson replied “how do you listen to a radio when you’re driving a 1935 Ford car? It didn’t have a radio!”

The annual meeting included reports from station and sales managers, a financial report and election of three board of director positions. The three current board members were retained, including Elaine Redfern of Holdrege, Russ Anderson of Hyannis and Debbie Borg of Allen.